This is such an infectiously quirky pop song: Akiko Yano's breathlessly whooping and fluttery vocals with the relentless techno beat.  Not surprisingly, it was the members of the Yellow Magic Orchestra amongst others backing her up here. And as with Taeko Ohnuki （大貫妙子）in the early 80s, even with YMO's assistance, "Harusaki Kobeni"(Spring Blossoming Tiny Red) is very much a Yano song: fun and feminine. It was composed by her and the lyrics were provided by Shigesato Itoi（糸井重里）.

Released in February 1981, the song talks about enthusiastically admiring the cherry blossoms. It peaked at No. 5 on the Oricon weeklies and was ranked 38 for the year. "Harusaki"also became the jingle for Kanebo Cosmetics during their Spring campaign of that year. It also came out on the album "Tadaima" (ただいま....I'm Home).


Akiko Yano （矢野顕子）has been performing jazz and pop as a soloist for years, but for a time was a part of YMO during their concert tours as an additional keyboardist.

I found out a rather interesting piece of trivia that I'm still not totally convinced about. Yano has had professional relationships with a wide variety of Western artists ranging from Janis Siegel of The Manhattan Transfer to Thomas Dolby. There is the famous line in Dolby's biggest hit, "She Blinded Me With Science" in which he sings, "Good heavens, Miss Sakamoto! You're beautiful!"Apparently, Yano had been observing the recording of the song, and Dolby was referring to her, since she had been married to YMO's Ryuichi Sakamoto（坂本龍一） at the time. This is according to J-Wiki, but at another site, Miss Sakamoto is supposed to refer to their daughter, Miyu（美雨）, who is now also a musician but was only around 1 year old when "Science"came out. Not sure if this is true or not...just throwing it out there. 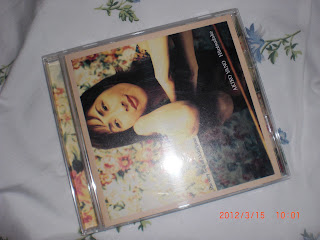