Perhaps not on the same level as her "Dancing Hero" or "Roppongi Junjouha"（六本木純情派）, Yoko Oginome's （荻野目洋子）"Kitakaze no Carol" (Carol of the North Wind) is still a catchy single, her 13th, from October 1987. And it's only the 2nd song I know that has the words "My bonny".

The song kinda comes off sounding like the anthem for a minor superhero with that synthesizer hook in the intro and the soaring melody by Kyohei Tsutsumi（筒美京平）. Masao Urino （売野雅勇）came up with the words which brings things more down to earth as some young lady pines for a guy while resorting to the radio to keep her company. The arrangement and Oginome's nasal vocals makes "Kitakaze no Carol" as much a representative of her 80s danceable (well, relatively speaking) aidoru stuff as the aforementioned hits do.

It peaked at No. 2 on Oricon and was used as a theme song for a TBS drama titled "Aka-chan ni Kanpai!"（赤ちゃんに乾杯！...Salute to The Baby!）that had Oginome in the starring role. 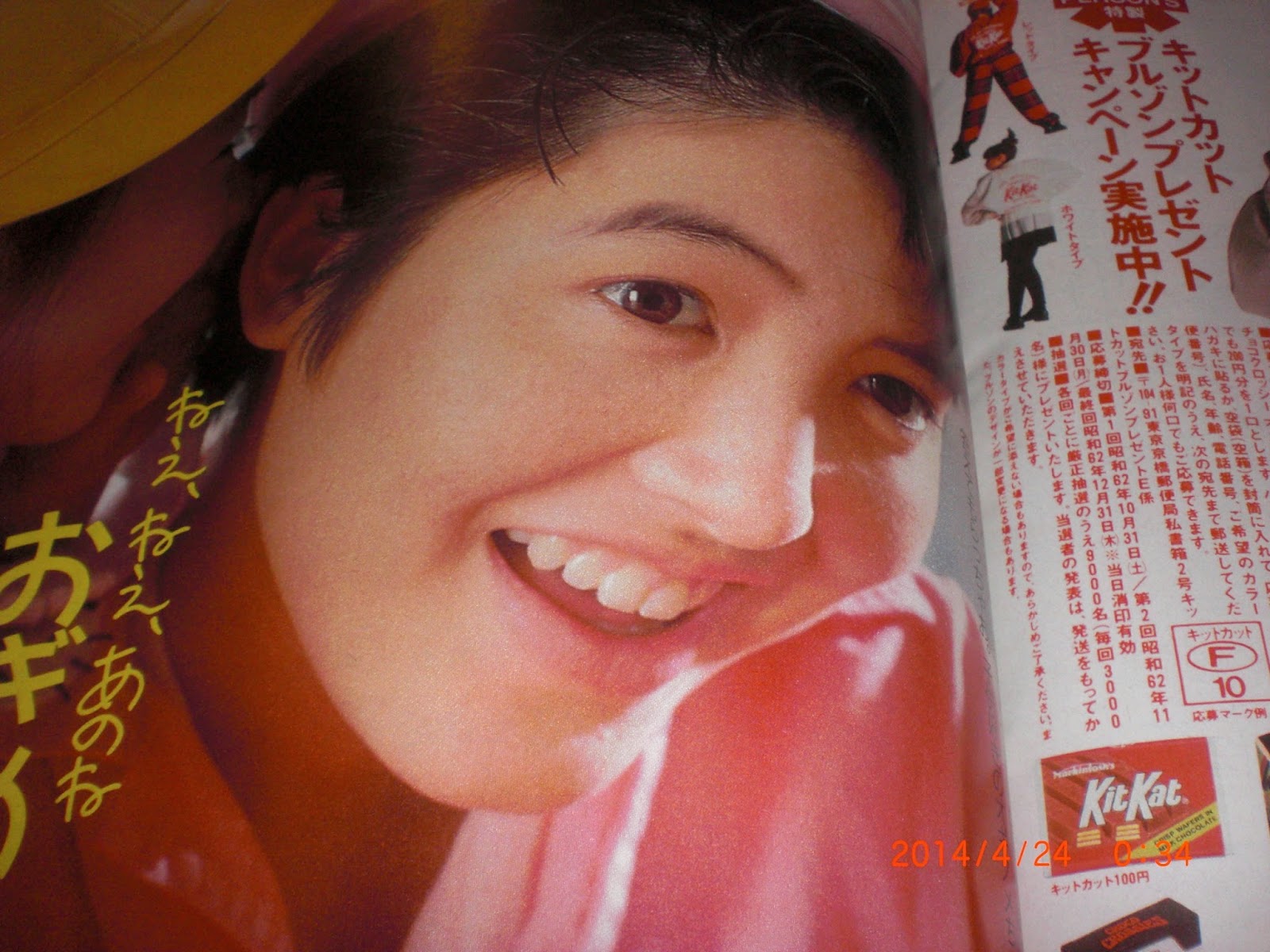