One of the first songs, if not the first, by Megumi Hayashibara (林原めぐみ) I ever listened to almost fifteen years ago, “Northern Lights” is also one of Megumi’s most iconic songs. I wouldn’t say it’s one of my favorites today, even if it’s one of her concert staples (which means I end listening to it more than I like to think), but it serves, alongside “Give a reason”, as that ever-present hit song every successful artist has.

“Northern Lights” is a powerful and urgent song, but it sounds too much like a shounen/adventure theme song. In fact, it was used as the second opening theme for the Shaman King series, a funny and interesting anime based on a manga of the same name. Overall, I like how catchy and singalong it is and Megumi’s vocals are pretty good, but I think it’ll never be my favorite Megumi song again, just like it was in 2004.

Maybe I enjoy its slow version more, thanks to a down to earth arrangement and a focus in Megumi’s vocals. It’s strange, but the song became quite dramatic too, which is a nice change of pace if compared to the explosive original version. Unfortunately, the “<ballade version>”, as it’s called, is nowhere to be found on YouTube and similar sites.

Released as Megumi’s 41st single in March 2002, it reached #3 on the Weekly Oricon chart and ended selling 93,080 copies. Both the original version and the “<ballade version>” were included in Megumi’s “center color” album, released in January 2004. Lyrics were written by Megumi herself, while music and arrangement (both versions) were composed by Go Takahashi (たかはしごう). 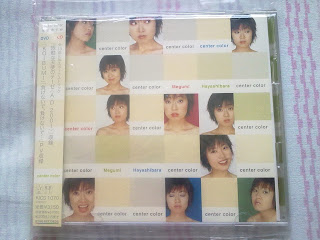