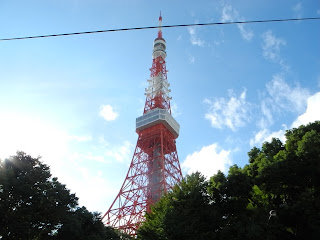 Saw these two Frank Nagai（フランク永井）chestnuts last night on YouTube and both were interesting, so I've decided to kill two birds with one stone here.


This isn't one of the early songs by the Master of Mood Kayo in his career since by this point, Nagai had been in the business for around five years, but I would like to introduce "Tokyo Cachito" from October 1960, a spicy number that was written by Takao Saeki（佐伯孝夫）and composed by Tadashi Yoshida（吉田正）. When I first saw the title, I assumed that cachito referred to either a type of dance or a cocktail. However, when I checked the linguistic banks, I discovered that it was Spanish for "a little bit", so I gather that the title could mean "A Little Bit of Tokyo".

Well, according to Saeki's lyrics for this Latin slice from Mood Kayo, the little bit of Tokyo refers to Akasaka which has been the neighbourhood of high-class clubs, bars and Korean restaurants. Basically, it's been a rival to Ginza but I guess that it was a pretty enviable spot back in the early postwar era as well. Of course, Nagai croons about life and love in the tony district with the same sort of arrangement that would be afforded to groups like The Mahina Stars and Los Primos. Because of his age at the time, Nagai has a certain lightness in his vocals which kinda takes things into the night sky overlooking Akasaka rather than keep them in the smoky confines of a bar there.


One reason for bringing two for the price of one, so to speak, is that I not only wanted to distinguish the different times but also the different styles. "Roppongi Waltz", which was the first of his four singles released in 1985 (February), the final year that he released original singles (he tried to commit suicide in October; he survived but was left with permanent brain damage), is a song that I would consider to be Mood Kayo as well but it does straddle the line between that genre and a form of sophisticated pop.

Written by the legendary Yu Aku（阿久悠）and composed by Yoshida again (one of his final works for Nagai), "Roppongi Waltz" doesn't quite sound as if it belongs in the area since Roppongi is still a fairly raucous neighbourhood, and this particular song is quite genteel with the seasoned and almost-cooing vocals by the singer and the soft female chorus backing him up. In fact, I would probably have re-titled it "Shirokane Waltz" after the very wealthy and quiet vicinity of Shirokane in Minato Ward in Tokyo. I only know it because a couple of my students once took me out to lunch at a French restaurant there. But getting back to the point, the waltz seems to be making the point of wistful and graceful aging (thanks to those tender strings), with a husband and wife who've been married for decades having a fun little trip over the dance floor. The fact that it was one of his final singles lends some more poignancy.
Posted by J-Canuck at 2:47 PM