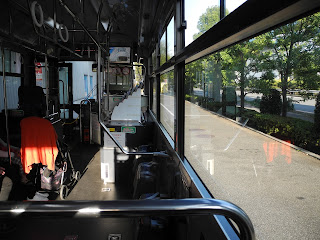 The last couple of nights' sleep have been truncated because of my worries about COVID-19. For instance, I woke up this morning at about 6 am (8 am is usually my get-up time) and my mind started thinking about what could happen over the next number of months which led to less than a full load of sleep and a lot more tension.

Then, later in the morning, on one of the news channels, a mental health expert came on for an interview and he basically stated that everyone is fretting about a future that no one can predict, so he recommended that folks just focus on the present and what has to be handled during today. There was indeed one urgent matter that needed my attention, and focusing on that, the overarching matter of the virus got pushed out so that I could resolve it to my family's satisfaction. As a result, I'm just going to take things day by day (e.g. grocery shopping) and deal with them as best as I can.


Now, let's get going with some middle-of-the-week City Pop of the 21st century. It's been almost a year since the lovely Hitomitoi（一十三十一）has graced these pages on "Kayo Kyoku Plus", so let's welcome her back with her "Last Friday Night Summer Rain" from her June 2013 album, "Surfbank Social Club".

I guess with J-urban contemporary for the past decade, one of the sounds related to the genre can be that certain crystalline synth that inhabits "Last Friday Night Summer Rain". The melody by Kashif brings images of future utopias by the beach but the lyrics by Hitomitoi paint a breezy romantic picture of love in Shonan. And perhaps it's also a playful painting as well since from a translation of Hitomitoi's words, perhaps she was pulling a shoutout to Tatsuro Yamashita（山下達郎）, Noriko Miyamoto（宮本典子）and Toshikazu Miura（三浦年一）, all of them City Pop singers. Nice to hear a song of the genre with a sly sense of humour.
Posted by J-Canuck at 3:39 PM 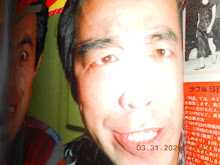