Toshiyuki Honda -- Living in the City 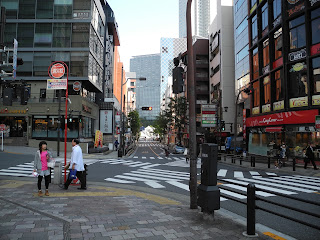 Late last year, I wrote about saxophonist/songwriter Toshiyuki Honda（本多俊之）and his contribution to the TV Asahi evening news show "News Station"（ニュースステーション）. His theme song "Good Evening" made an impression on me even though I didn't really watch Hiroshi Kume（久米宏）and his program all that much.


Since then, I was able to discover one of his earlier works in the form of his 1980 album "Easy Breathing", and within it, there is the track "Living in the City".

Man, this is the sort of pleasant and mellow song that you want to hear when you're waking up on a sunny morning in your suite at the Keio Plaza Hotel or the Hilton in West Shinjuku. It definitely reflects the good side of living in the city, especially in the megalopolis of Tokyo. In fact, I'll extend my dreamscape into having that breakfast while listening to "Living in the City"...Eggs Benedict with bottomless cups of coffee, please. Then, I will take that walk in the neighbourhood, passing by buildings such as the Tokyo Metropolitan Government Hall and the Mitsubishi Building.

I'm not sure whether it is indeed Honda himself playing the main instrument of flute for the tune, but the performance is wonderful and it almost comes across like birdsong. Furthermore, that flute along with the bass, the keyboards and any other instruments mesh together to remind me even of some of Vince Guaraldi's contributions for the 1970s "Peanuts" specials. Of course, since I was weaned on Charlie Brown and Snoopy back in the day, that extra layer of nostalgia has also been laid on me. Yep, it would be nice to head back to my old stomping grounds again. 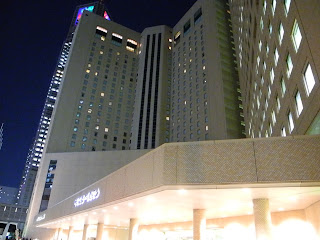