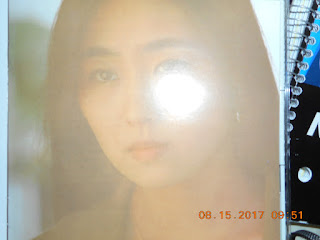 I shouldn't generalize about the sound of any particular musical artist, but whenever I think of singer, songwriter and saxophonist Kaori Kuno（久野かおり）, I usually think of songs like "Thank You For You" which is so very mellow and relaxing. The CDs that I have of hers, "Breath" (3rd album) and "Rose" (4th album) seem to be in that vein of coffee-sipping tranquility.

So you can imagine my surprise on hearing her "Adam & Eve 1989" which originally saw the light of day or people's ears on her debut album "Luna" back in 1988. Launching with some peppy sophisti-pop flavour, "Adam & Eve 1989" fulfills that image that I've always had of City Pop in the late 1980s with the Bubble Era of caviar and champagne. The night is still young and rich, and so are the people. As well, I've picked up on the interweaving of urban contemporary and jazz in the way that reminds me of the music of Matt Bianco, especially when that boozy saxophone enters the picture.

Written and composed by Kuno and arranged by Jun Sato（佐藤準）, Tower Records decided to put out a single version of "Adam & Eve 1989" paired with "Love in the Mist" last year.