Tomoko Saito -- Kaze no You ni（風のように） 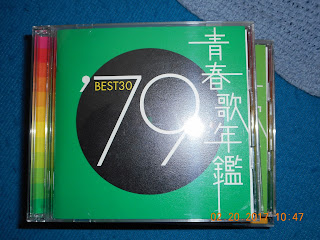 A few days ago, commenter Misha contacted me inquiring about a certain song by an actress Tomoko Saito（斉藤とも子）. Regrettably, I couldn't identify the track but in my attempts to do so, I was able to encounter another pleasant song by her.

Saito has indeed been categorized as an actress and nothing more. However, in the late 1970s going into the early 1980s, this native of Kobe did release three singles and a couple of albums. Her debut single was "Kaze no You ni" (Like the Wind) from June 1979 and from the looks of the cover, I had naturally assumed that the song would be of an aidoru nature.

Nothing was further from the truth here. Despite Saito looking like a junior high school kid on the cover of "Kaze no You ni" (she was actually around 18 when the single was released), the song is an appropriately breezy tune within the genres of City Pop or AOR. I think that I can even categorize the tune as something quite Resort Pop since I easily envisage beach umbrellas, boardwalks and tropical cocktails. Saito's voice is quite innocent-sounding, light and skippy, though, as I would expect from an aidoru.

"Kaze no You ni" was written by Hiromi Igarashi（五十嵐ひろみ）, composed by Akira Fujimoto（藤本あきら）and arranged by Yoichi Takahashi（高橋洋一）. Just a few weeks after the single's release, "Kaze no You ni" also got onto Saito's debut album "Arigato, Anata"（ありがとう、あなた...Thank You To You）. Listening to that song that Misha told me about, I also received some urban contemporary vibes there, too, so I'm wondering during her brief time as a recording artist whether she was solely into City Pop and the like.