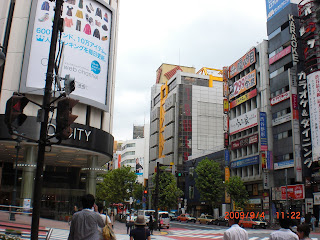 Well, we're into August now and though things are still relatively cool here, we've been warned that the weather will get plenty summery going into this first week. I hear that Tokyo is blazing hot and humid once more which is what I expected. The heat and humidity are two things that I will never miss about my old stomping grounds (although I thought the sounds of cicadas were poignant), but I got to enjoy a lot of cold drinks.

I found this introspective ballad by Hidemi Aoki（青木英美）, "Asa ga Shirajira Akeru made" (Until Dawn Breaks) which has this dramatic string opening before Aoki's lilting vocals are accompanied by the boss sounds of the early 1970s with the beefy percussion, the thumpy bass and those strings. At first, I'd assumed that this was a theme for some TV show or movie with the same title but apparently it was its own single.

Although the Shinjuku-born Aoki is described as an actress and model in her J-Wiki article, she also released four singles between 1971 and 1973 of which "Asa ga Shirajira Akeru made" was her 2nd single from January 1972. Writer Hiroko Muto（ヒロコ・ムトー）was behind the lyrics while singer-songwriter Masaki Niwa（丹羽応樹）took care of the melody.