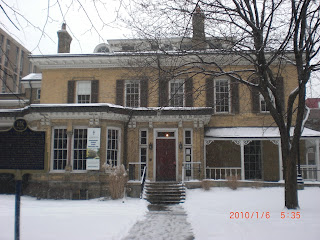 Heck of a time to consider putting up any song having to do with snow when we're not even out of summer yet. Torontonians would mightily groan at the thought of the white stuff right now even with the promise of Christmas.

And yet, here I am with this song titled "snow traveler". Frankly speaking, I was first interested in including it in the blog because of the originating band's name: Qaijff（クアイフ）. For those who can't read katakana, it is pronounced as "ku-eye-fu", and according to the J-Wiki article for this pop-rock group based in the city of Nagoya, the name came about because bassist and songwriter Akihiko Uchida（内田旭彦）was a fan of the Dutch soccer player and coach Johan Cruyff. Uchida was going to go with the band name of Cruijff but then opted to further distinguish it by altering it into Qaijff. Officially beginning from 2012, the band switched from the romaji to the katakana form when they made their major debut in 2017 but then returned to its original form earlier this year.

In addition to Uchida, the band also consists of vocalist, keyboardist and songwriter Ayano Mori（森彩乃）and drummer Yukihiro Miwa（三輪幸宏）. Miwa left Qaijff in April 2021 which sparked the aforementioned name reversion. All three members have their favourite bands and singers who include Bjork, Radiohead, The Blue Hearts and Limp Bizkit.

Getting back to "snow traveler", this was Qaijff's 4th single and first EP released in December 2016. I don't think that this was ever meant to be an Xmas tune despite the release date and the inclusion of "snow", but there's something in the keyboards that kinda hint at the coming of the Holidays. As well, there's also Mori's voice which reminds me of the vocals of Miyuki Hatakeyama（畠山美由紀）. Overall, the arrangement of "snow traveler" made me wonder whether the song had ever been tied up with an anime. I mean, there's that pop-rock sound which seems to exist in a lot of uptempo anison over the past decade.

It's not something that I've seen before, but I also found this video of Qaijff actually reviewing their own music video for "snow traveler". Unfortunately, it's all in Japanese without any English subtitles, but they do talk about that walking machine that they were using during filming.