RAMU -- One and Only 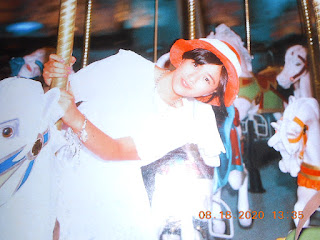 Indeed, it is another Friday night. I'm hoping that at least some of you are enjoying some careful group outing on a patio somewhere with some tasty libations.

To complete my usual Friday night quartet of the urban contemporary in Japanese music, I have another track from the band RAMU's one and only "Thanksgiving" album from September 1988, "One and Only". As I mentioned back in the March 2017 article regarding a fellow track, "Rainy Night Lady", I, as a callow youth not so experienced in the language of music, hadn't been quite so sure how RAMU with 80s aidoru Momoko Kikuchi（菊池桃子）as the lead vocalist was going to be categorized.

Although I don't own "Thanksgiving", I can guess with a fair amount of confidence that the album would fall under the City Pop category, and having come out during the Bubble Era of Japan's crazed economic fireworks, there would be that feeling of champagne and caviar in the music itself. Sure enough, the composer for this track was none other than Kiyotaka Sugiyama（杉山清貴）, the first main vocalist for Omega Tribe（オメガトライブ）with Keiko Aso（麻生圭子）as lyricist and Hiroshi Shinkawa（新川博）as arranger. "One and Only" is as cool and smooth as a ride in that convertible running through West Shinjuku. Will always appreciate a good sax solo.

Back when I was relying mainly on those rental videos of "The Best 10" and "The Top 10", I only saw Kikuchi as the mid-80s aidoru who sang the twinkly stuff like "Sotsugyo" （卒業）, and so when I first saw her come out fronting RAMU, I was rather shocked at the turn of events in terms of genre. However, if I had been a fan of hers living in Japan, I probably wouldn't have been surprised at all since there were these parallel tracks occurring in her young career with the aidoru music on one hand and then the more City Pop material on the other, through songs such as "Mystical Composer" (ミスティカルコンポーザー).