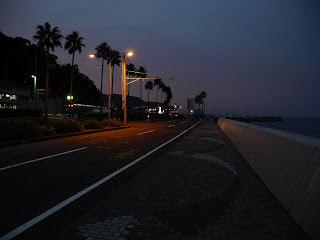 Quite the interesting title here. "Subterranean no Futari Botchi" (Just A Subterranean Couple) is the first track on Nanako Sato's（佐藤奈々子）debut album "Funny Walkin'" from June 1977. Seeing her name and picture in "Japanese City Pop" for the first time, I had never heard of this singer-songwriter so I was surprised to see that she was represented on YouTube.

Frankly the first time I listened to "Subterranean no Futari Botchi", I was a little unsure of Sato's singing especially in the first number of seconds but after giving it a second try and then a third, things settled down pretty nicely. But among tries, I began the Sato file with her "Doyou no Yoru kara Nichiyou no Asa e"（土曜の夜から日曜の朝へ）instead which was also a track on "Funny Walkin'".

As I mentioned in that first article for Sato, she had that fateful encounter with singer-songwriter Motoharu Sano（佐野元春）which got her behind the mike. And "Subterranean no Futari Botchi" is one of their collaborations with Sano helping out in the melody while Sato took care of both words and music. For those Sano fans, this song may sound somewhat atypical since it comes across as a sunny 70s City Pop number instead of a jeans-and-T-shirt rock song but I can't deny the appeal of a percolating Fender Rhodes.

"Subterranean no Futari Botchi" has Sato singing about a couple just knocking about one Saturday night, footloose and fancy-free...akin to a pair of Coney Island lovers as is mentioned in the lyrics. The hint is also made that perhaps the two are living life somewhat on the edge as Sato even coos that they may be hitchhiking on the road. That brings my paragraph to this reference that shows up in the lyrics as 「サム・トリッピング」. At first, I had assumed it was about some famous person named Sam Tripping (singer? novelist?) but actually, the singer was referring to a 1972 movie titled "Thumb Tripping". The Wikipedia article gives one sentence for the plot: Adventurous hitchhikers decide to accept every ride they are offered and end up with more than they bargained for.

Returning to that interesting title...I gather that the subterranean part might be talking about the couple going underground, doing their own thing without any one from their respective families and friends being the wiser. But unlike the ominous note that "Thumb Tripping" strikes, it looks like the couple will continue their daring escapade up to the morning...and then get back to their ordinary lives according to that last lyric.

Ultimately what I got from "Subterranean no Futari Botchi" is a young man and woman playing out that American fantasy of painting the town red deep into the night, and I think that's what City Pop was all about: Japanese pop music to transport listeners across the Pacific for a bit of the exotic good life.
Posted by J-Canuck at 10:47 PM