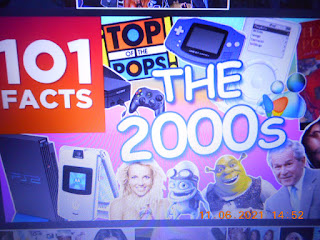 Hope you are enjoying your Sunday today. To be honest, it's looking a little threatening out there in the GTA; the weather forecasters have been predicting some showers followed by sun. But wherever you are, may good fortune shine on you, meteorologically or otherwise.

Perhaps some orange pekoe (the brand of tea and/or the Japanese duo) might help some of you going through the post-Sunday breakfast stupor get back up and running. I don't have the tea but the duo is helping out just fine with "Love Life", a track from their May 2002 debut album "Organic Plastic Music". Written by vocalist Tomoko Nakajima（ナガシマトモコ）and composed by guitarist Kazuma Fujimoto（藤本一馬）, there's some infusion of samba and happy bass-led jazz which seems to have come out from some French bar circa 1960s. 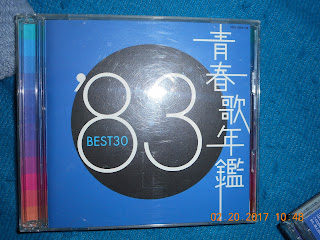 Just finished off a conversation with Rocket Brown so we were catching up on things, including of course, Tatsuro Yamashita's（山下達郎）"Love's On Fire".

It's always nice when I come across a pleasant song by someone that I have never heard of before, and so it goes with Mayuko Miyahara's（宮原巻由子）"Hana Akari". There's very little information about her online and nothing at all on J-Wiki. I did find out from "Idol.ne.jp" that she came from Osaka and that she was also a winner on the talent audition program "Star Tanjo!"（スター誕生！...A Star is Born!）. She had her initial time in showbiz as a singer and actress, although she only released two singles in 1983.

That first single from February 1983 was "Hana Akari" which translates, according to Jisho.org: the brilliance of cherry blossoms which illuminate the evening. So it's most likely an ohanami phenomenon in the spring. Written by Takemi Shima（島武実）, composed by Yasuo Kosugi（小杉保夫）and arranged by Ichizo Seo（瀬尾一三）, "Hana Akari" seems to be a jaunty example of the usually laconic Fashion Music, hepped on some extra synthesizers. Despite the revelation of sakura, "Hana Akari" does feel like something with a bit more of a European setting.

Miyahara retired from show business in 1984 once she got married, but then made a comeback as an actress and model under the pen names of Mayuko Kyomoto（京本真由子）and Mayuko Okada（岡田真由子）. She has also taken on the occupation of a video translator. Under that original name of Miyahara, she has an Ameba blog where I discovered that she has posed as a grey hair model. On top of that, she opened her own Instagram account. 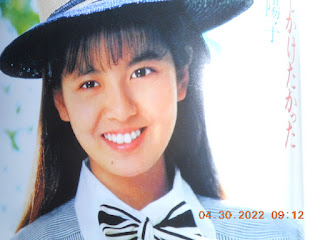 Happy weekend to all of you and of course, Happy Pride weekend. Almost a decade ago, one of our first contributors, JTM, was kind enough to write up an epic article on the whole "Sukeban Deka"（スケバン刑事） franchise. He not only wrote about the series starring aidoru including Yuki Saito（斉藤由貴）and Yoko Minamino（南野陽子）, but he also provided some of the songs associated with "Sukeban Deka".

One of those songs that he mentioned was Nanno's "Kaze no Madrigal" (Madrigal of the Wind), her 4th single from July 1986 which became the theme song for "Sukeban Deka II" that starred the young aidoru. And to also quote my friend on the definition of a madrigal: "a medieval short lyrical poem". To be honest, I don't know very much at all on music of the Renaissance and early Baroque eras, but as for "Kaze no Madrigal", the song by lyricist Reiko Yukawa（湯川れい子）, composer Daisuke Inoue（井上大輔）and arranger Mitsuo Hagita（萩田光雄）goes against my assumption of a "Sukeban Deka" theme being a kickass rock n' roll tune. Instead, the song is a fleet-footed number with hints of cowboy justice and Hiromi Ohta's（太田裕美）"Saraba Siberia Tetsudo" (さらばシベリア鉄道）originally created by the late Eiichi Ohtaki（大滝詠一）who had his own love for some cowboy Western twang.

The B-side is "Heroine no Densetsu" (Legend of a Heroine), something with some funk and urban contemporary in there that it could almost be a City Pop tune. It is indeed spirited and determined, befitting a song for a heroine. The same songwriters for "Kaze no Madrigal" were responsible for "Heroine no Densetsu" which peaked at No. 5 on Oricon. 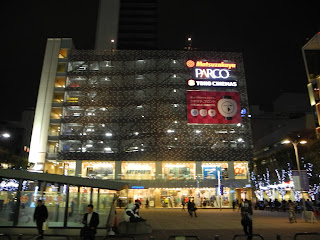 I've done my four articles for today and usually four are my max on a Friday. However, when I was doing the fourth article on Tatsuro Yamashita's（山下達郎）"Love's On Fire", I saw a comment underneath the video which marveled at the fact that not only was Tats' latest coming out on that day, but also Ginger Root's most recent single on the same day. It was certainly a good day for that fellow.

Well, I am putting up a fifth article today because I also remember Ginger Root since I first found out about the man behind the project, Cameron Lew, almost a year ago when he gave his loving affection for City Pop and the glossy 1980s via his single "Loretta". He's come out with a new single, "Loneliness", which came out on the 22nd and will also be part of his September EP, "Nisemono"（偽物...Fake）.

He even came up with the concept video for "Loneliness" as a Seiko Matsuda-like（松田聖子）aidoru named Kimiko Takeguchi in 1983 suddenly quits the business in a huff. Her now-former manager has to find a replacement singer in a panic and she forces the songwriter, namely Lew, to fill in. A new star is born and Lew relishes the fame and fortune although it's obvious that the manager and production staff are treating him more like a cash cow commodity than a human being which probably forced Takeguchi to leave in the first place. Such is show business. 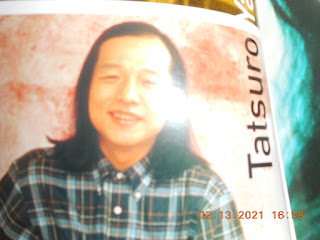 Well, last week was all about that series of articles on Tatsuro Yamashita's（山下達郎）interview with Yahoo News Japan on the cusp of his first album in eleven years, "Softly", coming out on June 22nd. It has come out and unsurprisingly, that one corner of YouTube is blossoming with videos of various aspects of his 14th original album. There are a couple of tracks that I'm familiar with: "Recipe"（レシピ）and "Mirai no Tehma"（ミライのテーマ）.

But here is the video for one of the new songs on "Softly", "Love's On Fire". Written, composed, and arranged by Tats with him playing pretty much all of the instruments, I would have been tempted to call it a slice of Neo City Pop but that would be inaccurate. If anything, I'd say that it was more synth dance-pop than anything else. It doesn't matter, though, since it's still one catchy song that is great for a Friday night like tonight, especially watching the young happy people dancing away in a metropolitan club.

From the J-Wiki description of the music video, the director Yuuichi Kodama（児玉裕一）had wanted to go for a "boy meets girl" theme and indeed that is what we get with the camera focusing on the Boy, choreographer and model ENDo, and the Girl, actress Yuumi Kawai（河合優実）. The two of them do their stuff separately until they finally meet and love is on fire. Not sure if things happen that sweetly and innocently at the Gas Panic.

Looking forward to hearing some of the other tracks over the coming days.

The above is a trailer for the June 17th 2022 theatrical OVA version of one of the "Kaito Queen"（怪盗クイーン...Mirage Queen） novel series which began in 2002. Specifically, according to Wikipedia, the adaptation is of the first novel, "Kaito Queen wa Circus ga O-suki"（怪盗クイーンはサーカスがお好き..."Mirage Queen Aime Cirque"）. Additionally, from the website "My Anime List", I found out that the whole ball of wax involves a charismatic phantom thief queen who travels on an airship looking for treasure to pillage and adventures to experience. For this particular episode, the Queen has to match wits and guile with a bunch of talented and shrewd circus performers.

Now, I'd never heard of either the novel series or this particular OVA. The information came by when I was doing the research for its theme song "Gyakuten no Regina" (The Queen Turns the Tables) performed by Little Black Dress who also showed up on "Uta Con"（うたコン）a few nights ago right after Goro Noguchi（野口五郎）.

Back in the fall last year, I wrote my first article on Little Black Dress when she had appeared on "Uta Con" for the first time as a young musician who also enjoyed the old kayo. Her 2nd indies digital download single "Nora Ningen"（野良ニンゲン）from June 2019 had me thinking of Misia when it came to her vocalization, while the song had some Ringo Shiina（椎名林檎）vibes. However, as for "Gyakuten no Regina" which is her 3rd major single that came out on June 8th this year, the NHK host introduced the song as an example of Reiwa Era City Pop.

Hmmm...perhaps I'll have to hear some more examples of this Reiwa City Pop but I'll still throw in the label of City Pop since the composer is none other than Tetsuji Hayashi（林哲司）, a master of the genre's melodies (and he has already made an appearance on KKP earlier today). Neko Oikawa（及川眠子）took care of the lyrics with Akimitsu Honma（本間昭光）handling arrangement. But no complaints at all about the dynamic "Gyakuten no Regina" with the horns; there's something quite Tokyo Ska Paradise Orchestra here (with no ska, though), and I do like the suspense infused into it. 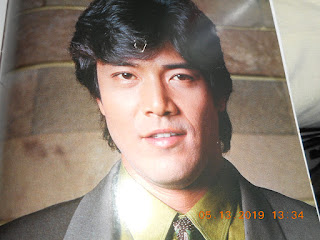 NHK's "Uta Con"（うたコン）returned to the NHK Shibuya studio for the first time in over a year, and last Tuesday's episode devoted some of its time to the guitar-wielding singing stars such as veteran Goro Noguchi（野口五郎）. In fact, along with one other singer-musician, we even got a bit of a City Pop segment for about 5 minutes or so.

Noguchi performed a number that I hadn't heard before. "Onna ni Natte Denaose yo" (Become a Woman and Start Fresh) was his 31st single which got released in July 1979. Despite it being labeled an aidoru tune on J-Wiki, it's still quite the disco bop showing off the good times in Tokyo, pre-Bubble Era. Created by the dream tandem of lyricist Yu Aku（阿久悠）and composer Kyohei Tsutsumi（筒美京平）, the song's narrative is told from the perspective of a young man who has witnessed a childhood friend (for whom he may still harbour feelings) grow up into a fine beautiful woman ready to take on the world. Maybe they will never become an item, but he's happy enough seeing her do well in life. So gracious!😂

I almost forgot to mention that Motoki Funayama（船山基紀）took care of the arrangement. "Onna ni Natte Denaose yo" reached No. 17 on Oricon. By the way, that's quite the intriguing cover on the single showing young Goro being chauffeured to a new house in California (at least, I'm thinking it's somewhere in the Golden State). City Pop was also about the exciting lifestyle overseas. 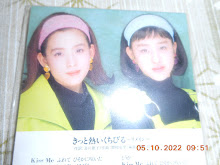