Another mellow summery early 80s Tatsuro Yamashita（山下達郎） ditty. I have to admit that within Yamashita's long career, the output during this period is the one I've enjoyed the most. The arrangement of the horns and electric piano and guitars just makes one want to open that Schlitz and take that ride in the open convertible down the bayside highway (of course, not at the same time.....kids, drinking OR driving: GOOD, drinking AND driving: BAD).

"Amaku Kiken na Kaori"(Sweet Dangerous Scent) was actually the theme song for a drama of the same name, and reached a peak of No. 12 on the Oricon weeklies. It's included on one of Yamashita's BEST albums, "Greatest Hits! Of Tatsuro Yamashita".

With all of the summery City Pop songs that was coming out of Yamashita at this time, it's ironic that he also released in the same year what would become his most famous song......"Christmas Eve".
By the way, the above video is a cover by Original Love.


And of course, we can't miss Miku Hatsune's（初音ミク）version. 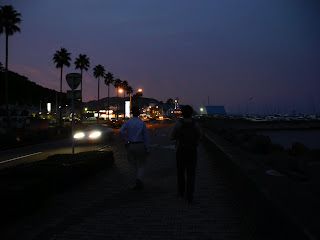 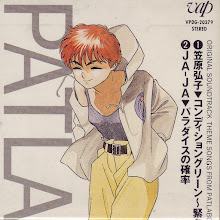