A lot of great songs can be found in Perfume’s discography. “GLITTER” is one of them.

The first contact I had with “GLITTER” was thought a Kirin commercial featuring 15 seconds of the chorus. I remember that at the time, July 2011, I was not very patient with this kind of marketing plan, so I decided to wait until the song was released in its full form on a single or album. Time passed by and “GLITTER” was released as the b-side of Perfume’s “Spice” single in November of the same year. It was included some weeks later on the “JPN” album in a remixed version.

First, let’s talk about the single version, the one featured at the beginning of the article. As the reader must have acknowledged after listening to the song, the single cut of “GLITTER” is very straight-forward with few surprises in the arrangement. What you get at the beginning you’ll get thought the whole song. That being said, the song is quite addictive and very house-infused as well (the beat that starts after the 20 seconds mark is a proof of that). The arrangement, clearly built around the loud synth melody, makes me think of some great video-game music from the classic 16-bits era, like “Sonic The Hedgehog” and “Megaman”. The verses are very unique, which combined with the cheerful chorus just makes this song incredible. And we can hear some tribal drums in some moments as well. All in all this song is very epic, and it’s surely in my top 5 of Perfume’s songs.

As for the remixed album version, it brings all the sounds that were present in the single cut in a different way. Yasutaka Nakata (中田ヤスタカ) deconstructed the straightforward single version and built this remix with nice tensions in some areas (the high synth note that starts around the 4:02 or 4:03 mark is an example of this tension). And the long intro is a great addition to the song. Listen to it below.


To finish, here are some photos of my own copies of the "JPN" album and the 'Perfume Global Compilation "LOVE THE WORLD'", respectively. 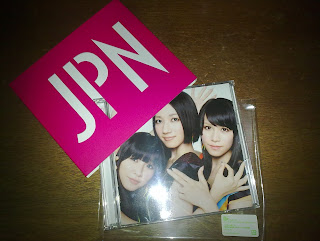 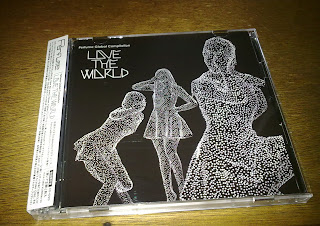