I think the two big jewels in the Ryudo Uzaki/Yoko Aki（宇崎竜童・阿木耀子） songwriting tandem as it pertains to Momoe Yamaguchi（山口百恵） are "Imitation Gold" and this one, "Playback Part 2". In a way, I think the two songs have the same protagonist in different moods. For the former, the woman is in world-weary mode while "Playback Part 2" has her in a very, very bad mood....someone to avoid at all costs.

The big line that I (and probably many others) know from the song is "Baka ni shinaide yo!"（バカにしないでよ...Don't screw around with me!） Momoe delivers it with something akin to a right cross to the face, and yep it's a fightin' mad tune. Released in May 1978, I had always wondered what the title was all about, so questions about what the playback was referring to and why it had Part 2 used to bubble up in my mind every time I heard it.

Well, I did a bit of looking around so J-Wiki and a Yahoo! Q&A on this very song provided some much needed help. Even the J-Wiki article on "Playback Part 2" mentioned that folks probably first thought about the function on an old-fashioned tape recorder, but actually it was more of the tape recorder in all of our heads. To elucidate, the furious woman in the song is racing away in a cherry-red Porsche, presumably from a fight with her lover, when her car clips the side mirror of another car at an intersection and gets screamed at by the other driver. She then launches that verbal counterattack along with "Socchi no sei yo!" （そっちのせいよ！It's your fault!）when her memory kicks in and she realizes that she had actually said the same thing the night before.

The second verse has the woman getting another verbal cue when the lyrics state that Kenji Sawada's（沢田研二） "Katte ni Shiyagare"（勝手にしやあがれ） is playing on the car radio as she continues to speed away. Once again, her mind starts playing back the horror from the previous night for a second time as she remembers that her punk boyfriend yelled "Katte ni Shiyagare" (Do whatever the hell you like!) at her. For that reason, it's been said that "Playback Part 2" is an answer song to the Julie hit from 1977.


The melodic highlights I got from "Playback Part 2" is that electric guitar and the frantic strings which seem to represent the absent boyfriend and the irate girlfriend still duking it out. Meanwhile, Momoe delivers most of the song in "Hell hath no fury" mode and the straight face she often keeps during her songs is especially very effective this time at warning of a volcanic temper. That face is telling me right now "DO....NOT....MESS...WITH...ME!!"

"Playback Part 2", Momoe's 22nd single, went as high as No. 2 on the charts and ended up as the 15th-ranked song for 1978. It sold over half a million records and earned her the Gold Prize at the Japan Record Awards that year. It also got her an invitation to the Kohaku Utagassen which starts things off in the above karaoke video.

Some months after all that fury, Yamaguchi would come up with a much softer hit and my favourite tune by her, "Ii Hi Tabidachi" （いい日旅立ち）. 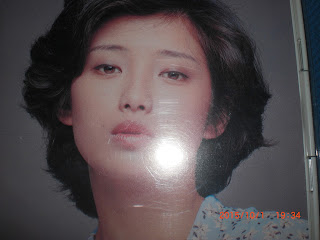 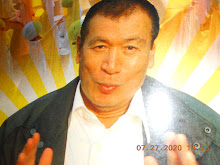