Wow....parallel universes or what? My interest in 80s music was bifurcated....on one track was Japanese popular music and on the other was the American/Canadian/British Top 10 hits. Once in a while, though, the tracks met, if only for a moment.

Case in point: during my wholesale awakening to pop music, on this side of the Pacific Ocean, the name Rick Springfield was known fairly everywhere because of his music career as well as his acting one, notably in the long-running ABC afternoon soap opera, "General Hospital" as winsome Dr. Noah Drake. And yep, I have to admit that I was an off-and-on viewer....not particularly for Dr. Drake but also for Luke and Laura, Robert Scorpio and Jackie Templeton (Demi Moore).

In any case, to finally get to the point here, I have Yu Hayami's （早見優）bouncy "Stand Up" which is her 13th single from May 1985. I used to hear it a lot on one of my Chinatown-bought compilation tapes, and judging from that zebra-striped number she was wearing on the cover, it looks like she was trying to bring in a bit of rock into her musical proceedings. I didn't know it at the time, but "Stand Up" was actually a cover of a Rick Springfield song from his 1984 album, "Hard to Hold" with Takashi Matsumoto （松本隆）providing the Japanese lyrics.

I haven't heard all of Hayami's singles over the years but most of the ones I've heard seemed to have her going for a more danceable bubblegum pop sound....along the lines of Yoko Oginome（荻野目洋子）. I think the only exception has been the song that introduced me to her, "Natsu Iro no Nancy"（夏色のナンシー）.

Unfortunately, I couldn't find a full version or video with the original "Stand Up" by Rick Springfield, but there is an excerpt at CD Universe. 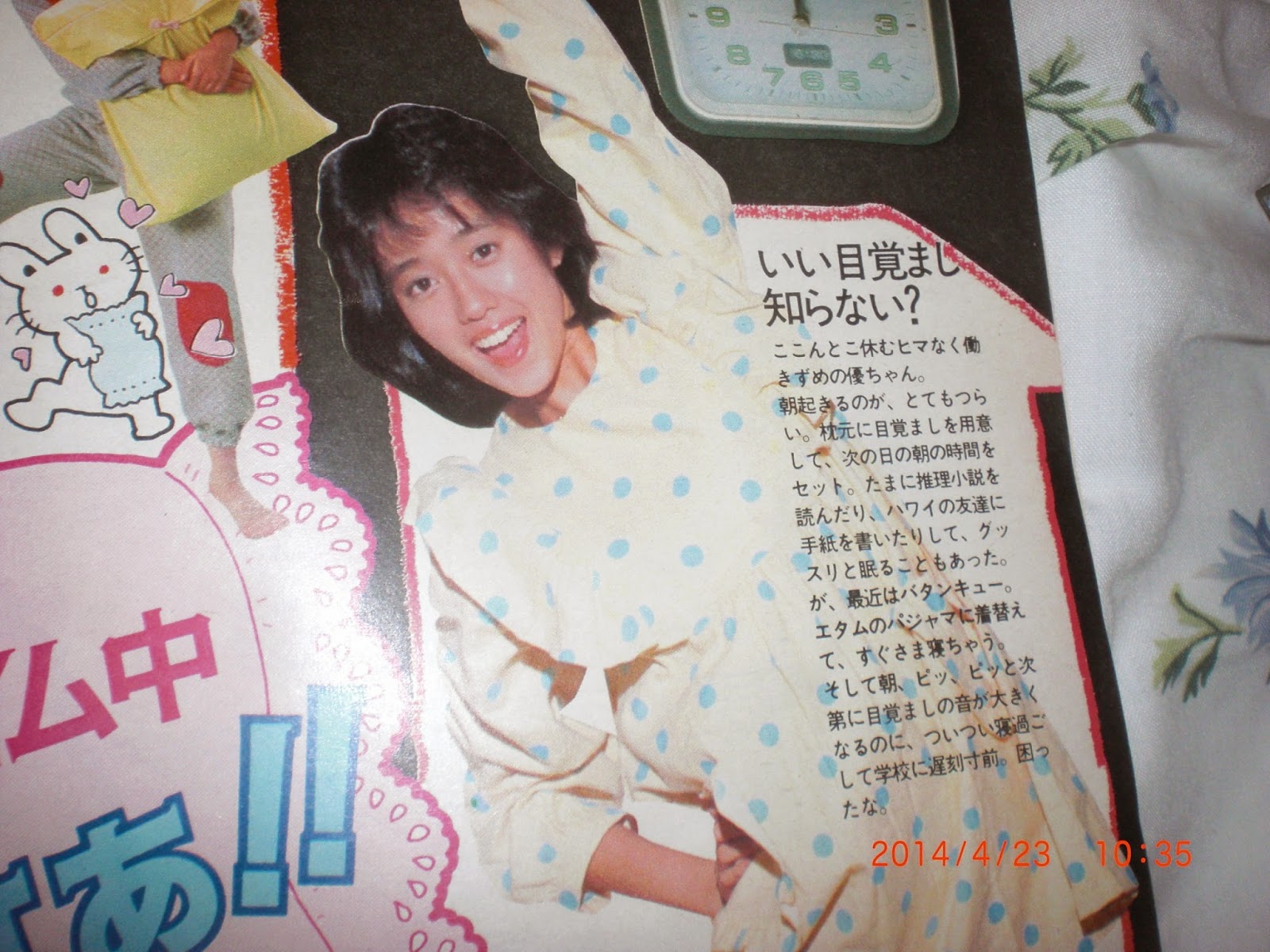