It looks like tonight will be my tribute to insect kayo after just completing "Kita no Hotaru"（北の螢）. I have a bit more of a connection with Tsuyoshi Nagabuchi's（長渕剛）"Tonbo" (Dragonfly) since it was a song that I heard frequently at the Yorkville karaoke bar Kuri back in the late 1980s. At the time, I didn't know the details about the lyrics but I could sorta figure out that it was one of those tunes that guys sang to vent their frustrations.

Written and composed by Nagabuchi for release as his 20th single in October 1988, it was originally created as the theme song for the TBS drama "Tonbo", a show that starred the singer-songwriter himself as a yakuza member just out of prison only for him to face more trouble. I actually saw the very last scene of show through an afternoon rerun as his character of Eiji, looking like he went through a full 12 rounds with Mike Tyson, sullenly and defiantly bulled his way through the regular working crowd coming from the other direction as the strummy tones of the title song played in the background.

"Tonbo" may have started life as the theme song for an antisocial malcontent angry at the planet but I think it quickly became the anthem for anyone in the working world trying their best from not being worn down to a nub by overly long hours, too much work and dilettante bosses. I always thought it to be the equivalent of an especially astringent shot of shochu. It goes down good and rough and you want to spew out all that bad air. This would explain why it became a huge hit for Nagabuchi when it went all the way up to No. 1 and quickly became the 16th-ranked song of 1988. And it was enough of a powerful long seller that it even ended up the 3rd-ranked song of 1989. I was also a bit surprised to find out that "Tonbo" was the first single in 5 years since Takashi Hosokawa's（細川たかし）"Yagiri no Watashi"（矢切の渡し）to have become a million-seller.


I remember watching one of the morning shows on Japanese TV in my apartment several years ago. Apparently, it was the morning after the retirement of one of the big stars in baseball, Kazuhiro Kiyohara back in 2008. Immediately following his final game with the Orix Buffaloes, there was a ceremony right on the baseball field with Nagabuchi coming up and performing "Tonbo" in front of Kiyohara. The player tried to stayed stoic but didn't quite succeed.

As for the meaning of the dragonfly in the title, Nagabuchi apparently meant it to be the target of envy for all those corporate cogs as the insect in question just seems to enjoy a footloose and fancy-free life flitting about from place to place. I can say that it lives a very brief one as well, but hey, let's keep to the intention of the song here. 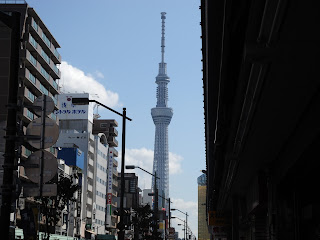