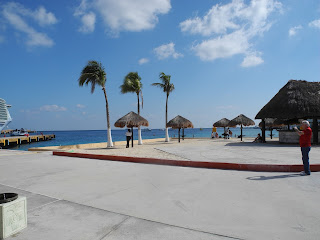 The morning of Monday February 26th...pretty decent out there and not too cold. In addition, I couldn't get more Canadian in that today started with the annual NHL Hockey Trade Deadline broadcast which lasts for 7 hours and is virtually a national event and will end with me having a Swiss Chalet dinner. :)


Yeah, good times. But all that protein and player prognostication can be pretty hectic for a guy like me in Toronto so it's kinda nice when I can settle down with some laid back music. Surely enough, I found this mellow ballad by folk/AOR duo Bread & Butter（ブレッド&バター）, "Monday Morning" which was the title track from their 1980 album.

Heck, when I first fell head over heels with Japanese pop music back in 1981, it was all about the enka and aidoru and YMO. I had no idea about AOR on either side of the Pacific and that Japanese musicians could actually make something that would make folks like Gilbert O'Sullivan and Olivia Newton-John sound downright heavy metal. And yet, there were indeed acts such as Bread & Butter.

"Monday Morning" is probably the one song that fans of the duo would have played on their Sony Walkmans as they commuted down to work in Japan. It's so relaxing and fits that album cover of the Iwasawa brothers looking out placidly over the the ocean. The song seems to embody the whole concept of "calm blue ocean". Satsuya Iwasawa（岩沢幸矢）composed the music with Michio Yamagami（山上路夫）coming up with the lyrics of a fellow seemingly enjoying an entire Monday with a loved one...I'm assuming that they are on a seaside vacation although I wonder why he would ever want to wake up at 5 o'clock on a holiday morning. Getting back to the music, I just love that guitar solo near the end.

Monday mornings are probably the least favourite time of the week for most people but perhaps songs like "Monday Morning" can take the edge off to a certain degree.
Posted by J-Canuck at 7:19 PM