Holy Janis Joplin, Batman! That was my initial reaction to Superfly when I saw excerpts of their early videos on TV. I don't think I'd seen that fashion since I was a toddler, and I know I hadn't worn that fashion since 1972 (peach-and-white turtleneck, vest and bell-bottoms...and NO, you will NOT get photographic evidence). But guitarist Koichi Tabo（多保孝一） and vocal Shiho Ochi（越智志帆） brought back The Summer of Love and Woodstock....kudos to them for being so different.

JTM has already provided a short history and description of the duo (although it's now just Ochi) through his fine article on one of their later songs, "Force", so I'm gonna cut to the chase about my other introduction to Superfly. A few years ago, I had a new young student who came to our school in Nakano-Sakaue. She was very outgoing and bubbly....and had a bad cold, to boot. So, I unfortunately got to see a bit more bodily fluid than I was used to seeing from a student at a first lesson. Still, she became one of my favourite students and she told me about her great love for hippie culture. In fact, her big dream (which has since been satisfied) was to head straight over to San Francisco to the district of Haight-Ashbury...to the roots of that culture from decades ago.

The conversation then segued over to her love of Superfly. But it just wasn't for their fashion. It was also because of the band's joie de vivre approach to their music, and I think "Hi-Five" rather fits the bill in that respect. From the title itself, the whole song takes on a celebratory party atmosphere, and Ochi has that boomer of a voice alongside singers such as Misato Watanabe（渡辺美里） and EPO...and yup, I realize there are temporal and stylistic differences here, but a boomer is a boomer. Again, I like my horns so their inclusion into the song just lightens my mood even more. There is nothing cutesy or heavy here....it is just jump-up-and-down fun.


Although "Hi-Five" was my official intro to Superfly's music, the song was their 5th single, released in April 2008. Written by Ochi & jam and composed by Tabo, it managed to peak at No. 30. My student practically begged me to buy their 1st album, and since it was rather hard for me to turn down a student (and her nose stopped dripping), I got "Superfly" which had come out in May 2008.  It, along with their successive albums, debuted at No. 1 on the Oricon weeklies. And that debut album ended up becoming the 22nd-ranked album of the year. 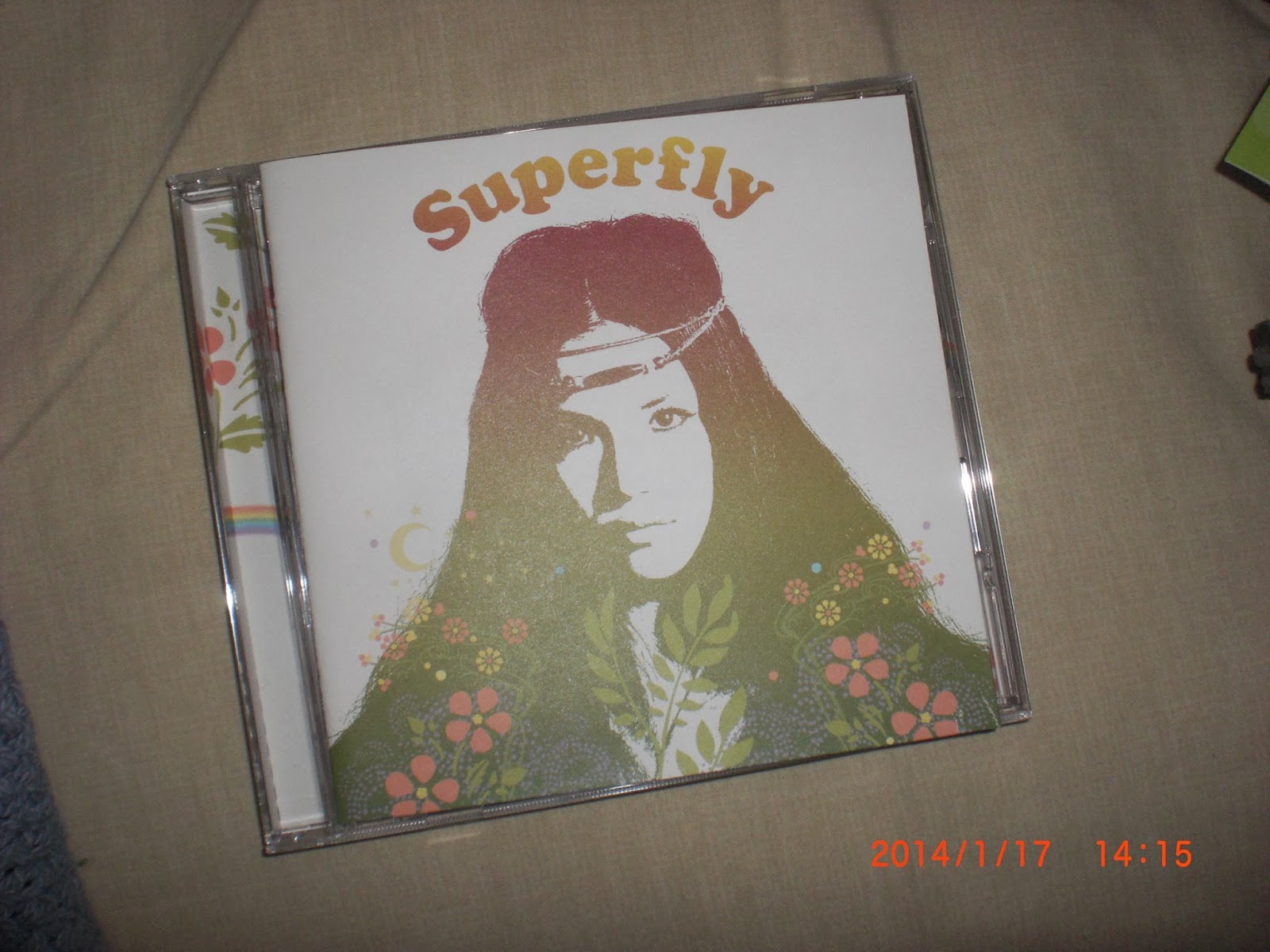