Y'know....I've heard this enka classic for years on the Kohaku Utagassen (including the one last week), on "Sounds of Japan" via the actual song and as a commercial jingle, and even at the karaoke boxes and perhaps even Kuri. And all those years, I had thought it was a typically Kansai (Western Japan) song because of the brashly cheerful way it was performed. Little did I know that "Naniwa Bushi da yo, Jinsei wa" (Life Is But A Sob Story) is actually one of those examples of enka in which the raucously happy melody is joined by lyrics that resignedly tell a story of a woman being cheated over and over again.

In fact, according to J-Wiki, the enka song has been released by 16 singers of the genre via 13 record companies over the years, and performed by just about everyone in the genre numerous, numerous times. But "Naniwa Bushi da yo", which was created by Masato Fujita（藤田まさと） and Akito Yomo（四万章人）, was sung for the first time by enka singer Yukiko Ono（小野由紀子） in 1976. Unfortunately, I couldn't find a video with her performance but I could track down the performances which brought the song to prominence starting from 1984. However, just as an aside, I'd like to mention that the term "naniwa bushi" is another expression for "rokyoku"（浪曲） or Japanese narrative singing dating from the early part of the Meiji Era in the latter half of the 19th century; it often covers rather sad tales which explains the English translation. The late singer, Haruo Minami（三波春夫）, was a performer of this genre. Continuing on this tangent, in 1981, the second woman to carry the rokyoku name of Tomoe Kimura（木村友衛） gave her version of "Naniwa Bushi da yo" (video above) which started some grassroots popularity.

﻿
In August 1984, two of those 16 singers, Takashi Hosokawa（細川たかし） and Kiyoko Suizenji（水前寺清子）, released their own covers of "Naniwa Bushi da yo" and even appeared opposite of each other at the Kohaku Utagassen held that year performing that same song. It was Hosokawa's 10th time on the show, and perhaps it was his most mortifying appearance since he apparently blanked out on the lyrics mid-performance. You can see that above.


Of course, Hosokawa survived the error very well since he would sing that song 5 more times on the Kohaku including the 2013 edition right after the NMB 48 performance. As usual, he is supported by an army of shamisen, the instrument to back up rokyoku. Hosokawa's cover managed to become the 65th-ranked song of 1984. And surprisingly, Tomoe Kimura's version ranked even higher than the Hosokawa cover, reaching No. 40.


I couldn't find a copy of Kiyoko Suizenji's performance on that Kohaku so I'm not sure how she reacted to Hosokawa's slip-up (and being a professional, she probably didn't react publicly), but I managed to track down a brief excerpt that I've put up above. Her release of "Naniwa Bushi da yo" happened to be her 90th single. Unfortunately, apparently it didn't get into the 1984 Top 100 on Oricon but I think with the double-barreled push of her and Hosokawa, the song has become one of the most well-known kayo kyoku and the one to perk everyone up on any enka programme. 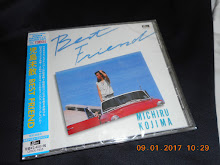