Surprised to see a different surname?

So far, I've heard of and seen 3 different Kiyoshi-s (きよし/清) in the world of Enka/Kayokyoku. We've got Maekawa (前川), aka the one who mostly receives my undivided attention out of the 3. Uh... the other one... um what's his name? Ah yes, Nakajo (中条), the one I'm least familiar with let alone heard his voice. And Hikawa (氷川), the one everyone seems to like - I don't blame them, he's got a really good and powerful voice for the genre. It is however a little too loud for me. I prefer Jero (ジェロ) with his softer, smoother and lower vocal delivery when it comes to the younger Enka singers.

As you can see from the title Hikawa will be the Kiyoshi I'll be talking about today, or more appropriately his latest single 'Choito Kimagure Wataridori' (released 17th September 2014). I've only just been formally introduced to this fellow here not too long ago via his rendition of the 'Zundoko Bushi' (ズンドコ節), which is aptly named 'Kiyoshi no Zundoko Bushi' (きよしのズンドコ節) and this is the second song I've heard from him. All I can say is that he's got an annoying hairdo (it had been worse) that doesn't match that ikemen face of his - I think it's the reason why the young fan-girls love him. But I must say, the normal teenager in me can't help but think that he does look really cute!

Ahem! Moving on, Hikawa's got a pretty dynamic stage presence; he usually puts on a bright smile on his face whenever he performs and unlike the senior Enka singers I know and love, this guy moves... A LOT, especially when singing this song, or does he do that all the time? Although yes, there are times where I would utter, "He moves so much!" or grumble a, "Stop moving!!", watching his performances can be a palate cleanser.

Anyway, like most of Hikawa's singles, 'Choito Kimagure Wataridori' did really well on the regular Oricon charts, peaking at 3rd place. And on the Enka/Kayokyoku charts, it stood at no. 1 for at least 2 weeks, only being pushed down to 5th or 6th recently with other new Enka tunes. The song has the usual jaunty and tradition score to it, brought to you by Kenji Miyashita (宮下健治) and dang, is it catchy enough for me to listen to the whole thing instead of zoning out! Lyrics were written by Toshiya Niitani (仁井谷俊也).

From the looks of it and if he keeps up the shtick, Hikawa may turn out to be the next Hiroshi Itsuki (五木ひろし) or Takashi Hosokawa (細川たかし). 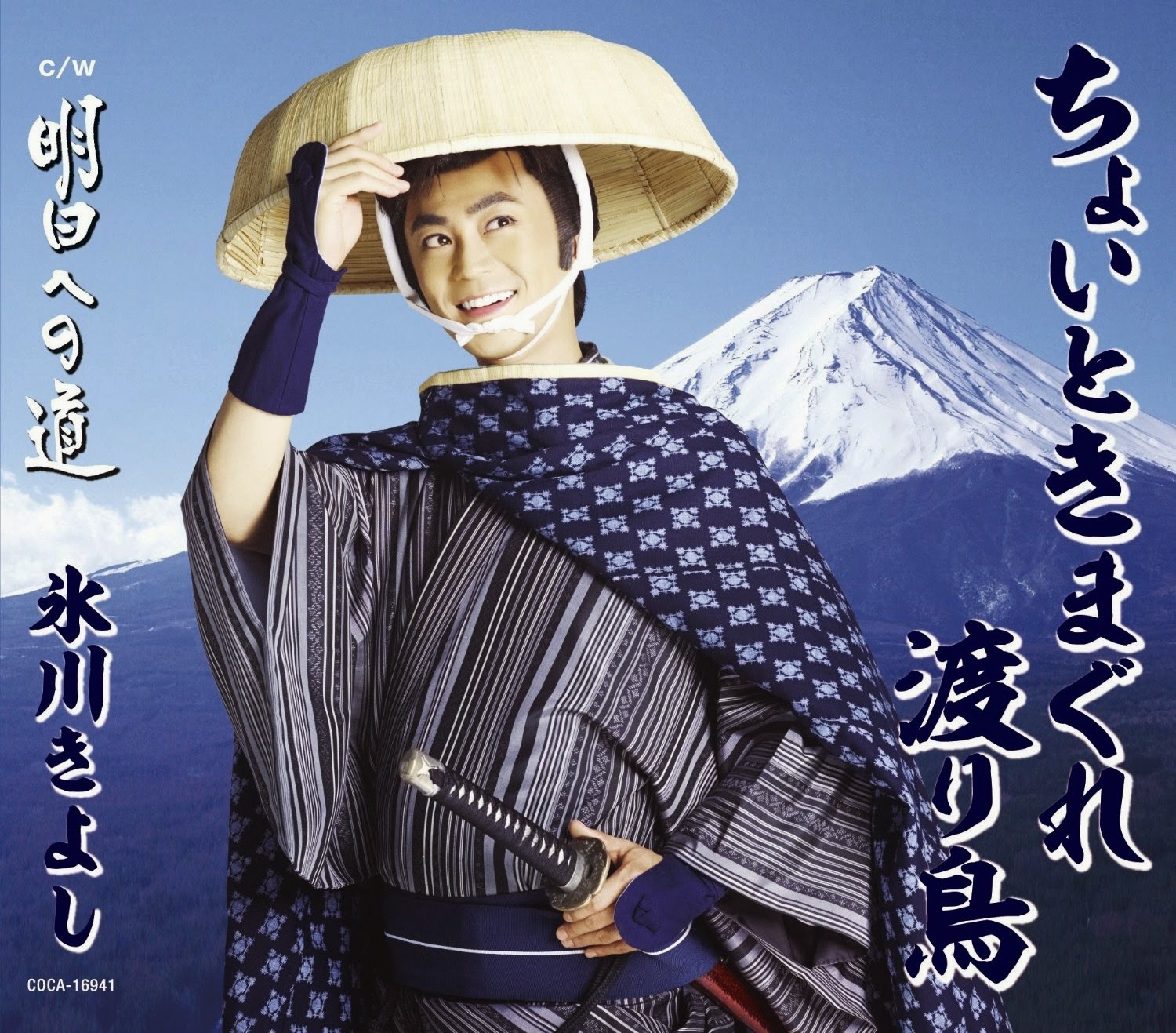