AAAAAAAAAAAUGH! That earworm is wrapping itself around my cerebral cortex!!

Yup, I got drilled again with a song that just won't leave my head. And it's the ending theme of an anime that I had never heard of and haven't seen a single episode as of yet. The show is called "Kill Me Baby" and it was on back about 3 years ago. It was one of those "anything goes" anime that starred an airheaded student by the name of Yasuna who one day meets a blonde assassin by the name of Sonya. Hilarity results....apparently.

However, it is the ending theme, "Futari no Kimochi no Honto no Himitsu" (The True Secret of the Pair's Feelings) that has me in thrall. It is simply one of those melodies that just sticks to one like amber. And that intro reminds me a whole lot of a typical Pet Shop Boys song. However, the piece de resistance has been the ending credits which features Sonya and Yasuna prancing about and breaking physics at the same time.


Not that it stopped these intrepid real-life ladies above. In any case, the two main seiyuu of Chinatsu Akasaki (赤崎千夏...Yasuna) and Mutsumi Tamura (田村睦心...Sonya) took care of the song which was created by Kouichi Fujimoto（藤本功一）and Kimitaka Matsumae（松前公高）. The two, according to J-Wiki, were going for a kayo kyoku-esque feel with the help of some of those traditional Japanese instruments. It was released in January 2012 as part of the maxi-single featuring the opening theme, "Kill Me Baby". It peaked at No. 13 on Oricon. 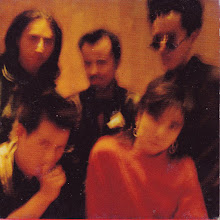