I heard about the sad passing of composer James Horner a few days ago. Although I'm always going to think that John Williams will be the Professor Emeritus for movie soundtracks, there are also people like Horner, Danny Elfman, Hans Zimmer and Michael Giacchino as the A-Team in that area. As for Horner, he's also done so many movie scores for "Titanic", "Avatar", "Cocoon", "Aliens", etc. But for a Trekkie like me, he will always be the man who came out with the wonderful soundtrack for "Star Trek II: The Wrath of Khan", still for me, the best of all of the Trek movies. Jerry Goldsmith's theme for "Star Trek: The Motion(less) Picture" may be the most popular song for the USS Enterprise, but Horner's score made for the best soundtrack (with Giacchino's score for the first J.J. Abrams' "Star Trek" coming in fairly close).

Knowing Horner for so long as a music weaver for these epic movies, I was surprised to find out that he (along with Barry Mann and Cynthia Weil) was also responsible for the soundtrack for the 1986 animated feature "An American Tail", and more notably, the composer for the theme song that can still get a lump into my throat at certain times, "Somewhere Out There" as sung by Linda Ronstadt and James Ingram. As I remember it, the ballad was on some pretty heavy rotation on radio and TV when it was released to the masses.

Well, strangely enough, the time that "Somewhere Out There" was hitting the heights of popularity was also the time that I was hitting Wah Yueh for Japanese records and tapes. And being a head-over-heels Akiko Kobayashi（小林明子）fan at the time, I was happy to find out that my favourite store to feed my addiction was also pretty well stocked with Kobayashi albums. I actually bought an audiotape of one of her live concerts titled "In Concert ~ A Changing" from 1987, and found out that she did a cover of the Ronstadt/Ingram duet, under the title of "Kokoro no Honoo" (Heart Fire).

If I'm not mistaken, she actually did the same thing herself on stage with singer Jiro Sugita（杉田二郎）. I will have to give that tape a listen again as long as it can still handle being played on the recorder. However, many years later, I was able to buy one of Kobayashi's BEST albums, "The Luxury of Life" which came out in 1990 which had the studio-recorded version of "Kokoro no Honoo". That is the version that she does solo. Not quite as epic or as heart-tugging as the original "Somewhere Out There", the arrangement has more of a Xmas-y bent to it and comes across as something that would be nice hearing while making that Yuletide dinner or wrapping the presents; the original version is very much something that almost has to be listened to. The Japanese lyrics, by the way, were provided by Ikki Matsumoto（松本一起）.

Well, here is Horner's soundtrack to my favourite Trek flick. As soon as I saw the movie at the theatre (and I can still hear the thunderous cheers as the soundtrack played while the Enterprise and the Reliant were locked in battle, along with the sniffles when Spock died the first time), I made sure that I bought the original LP of the soundtrack.

And this is Horner's talk on how he made that soundtrack. Lost a great music maker this week. 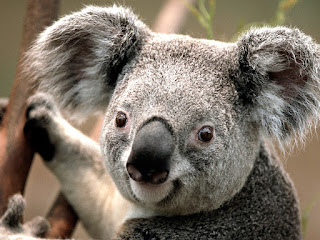