Along with "Tanjoubi wa Minus Ichi"（誕生日はマイナス1）and "Tori no You ni"（鳥のように）, "Sunday Brunch" was another track on Kanako Wada's（和田加奈子）4th album, "KANA" from 1987. I was looking for another song in the Wada discography that had nothing to do with "Kimagure Orange Road"; not that I have anything against the anime or Wada's contributions to it at all. Some of her best work has enhanced the appreciation of KOR but I also want to show some of the fine stuff from her non-KOR list.

You would think with a title of "Sunday Brunch" that it would be a nice and relaxing ballad to be enjoyed with some tea and French toast. But actually, no. The song is an upbeat urban contemporary pop tune written by Yoshiko Miura（三浦徳子）and composed by Yuji Toriyama（鳥山雄司）about a woman getting together with that guy at a stylish restaurant for a bit of that titular meal with the sole purpose of whether the relationship can be upgraded or re-kindled. Maybe the lady will be staring more at him than her Eggs Benedict during the course of the brunch.

I really like that bass line and the cheerful lightheartedness in Wada's delivery. And I always welcome a well-placed harmonica. Perhaps it could have made for a nice addition in the KOR albums after all. 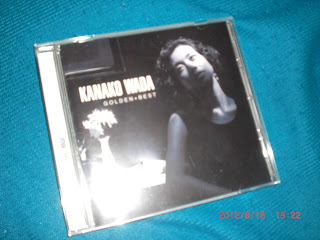