Some Pages to Make You Happy by Commenters 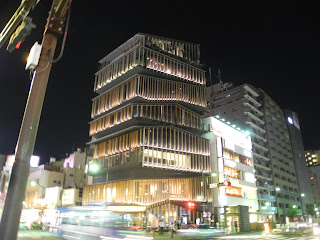 In the last couple of days, I've heard from a couple of commenters about sites that have a good connection with what we always talk about here, so I've decided to let all of you in on the secret.

First off, from Daemonskald who has introduced a couple of reference sites (both of them are in Japanese, though):

This is by a fellow named nabeji who seems to have put up an entire collection of debut singles from the 1960s to the 1980s here. It is categorized by year and kana for the singers. However, if going by the singers, I should warn you that pressing the link will not take you to the debut single by that singer directly but just to the year of his/her debut, so you may need to do some scrolling once you arrive. Quite the labour of love...just like this blog. ☺

Over here, this page is more specific in that it centers on the B-class aidoru who debuted between 1979 and 1986. According to Daemonskald, the list is also useful in that it apparently also provides the various stage names that the singer had taken on, and it also has a full list of singles and albums. The person who created this site may have a very wide view of what makes an aidoru since I also caught sight of Miharu Koshi in the 1979 file, and I've always seen her as a City Pop-turned-technopop chanteuse instead.

Now, secondly, within the last hour or so, Chasing Showa was kind enough to inform me of a couple of playlist sites on Mixcloud where all of us can listen to some of the good stuff.

Tokai by Julie has a goodly dollop of City Pop. I listened to several minutes of it and I was able to hear Rajie, Hi-Fi Set and the like.

Then there is Megane-kun who has his Drink Cold #5 -- Oh! So Vintage which goes into the 1970s kayo represented by Momoe Yamaguchi (in fact, I just wrote about the first song on the playlist), Linda Yamamoto and Candies.

For both fellows, Chasing Showa informs me that their tastes in Japanese music run all over the map, but that's fine with me personally since naturally, I'm all over the map as well with this blog. :)

Anyways, enjoy the bounty and many thanks to Daemonskald and Chasing Showa.
Posted by J-Canuck at 9:08 PM