SHE IS SUMMER -- Ai ni Ikanakucha（会いに行かなくちゃ） 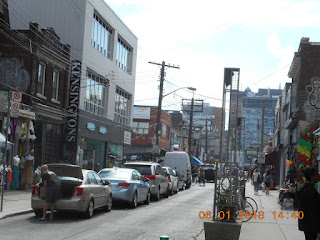 Still have a lot of songs on the backup list, and so I found this one which is rather mindful of the arrival of summer today.


In fact, the name of the act has the word itself incorporated into it. SHE IS SUMMER is a solo project led by singer-songwriter Miko Yakumo（八雲ミコ）or as she is otherwise known, MICO. Born in Kobe in 1992, she began studying piano by herself at the age of 15 and took up songwriting, before giving her first live solo performance the following year. Then she became part of a trio called Phenotas（ふぇのたす）from 2012 to 2015 before starting up the SHE IS SUMMER project in 2016.

From what I've read, her career has delved into technopop, and under SHE IS SUMMER, she's released a couple of singles, a full album and most recently, a mini-album, "hair salon" in August 2018 which includes the song of note today, "Ai ni Ikanakucha" (I have to see you). It's a skippy and mildly funky number about doing the utmost everyday to keep on meeting the person of your dreams. However, in the music video, it looks like MICO is having some problems doing so since she seems to be trapped in the premise of "Groundhog Day".

MICO provided the lyrics while the composer was Kai Takahashi（高橋海）from the band Lucky Tapes.
Posted by J-Canuck at 10:40 PM

Email ThisBlogThis!Share to TwitterShare to FacebookShare to Pinterest
Labels: 2018, Pop, SHE IS SUMMER, Single, Techno