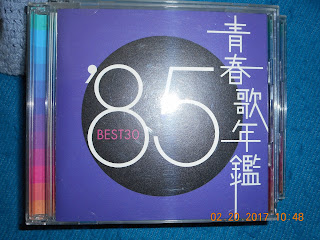 Earlier this year, I discovered singer-songwriter Yumi Murata（村田有美）and her brand of City Pop/R&B on YouTube, so I figured that I would try giving her songs a listen, and I was quite happy with the results. So I wrote about her 1980 "Krishna" which is about as far away from a Buddhist chant that one can get. Wonderful voice, nice cool bass.


Let's jump ahead in her career about 5 years and here is this album by Murata with the standout title of "Uterus, Uterus" released in 1985. Well, the wonderful voice is back as is the nice cool bass. One track from there is "Fushigi Okite" (Strangeness, Wake Up!), and this time, the voice and bass are joined by some good smacks on the snare and the fine feeling of post-disco to create a brief soundtrack for a jaunt downtown on a Saturday night.

Described at the Rare Groove website as a Japanese boogie number, I'm cool with that as well. According to the JASRAC database, "Fushigi Okite" was written by Murata with Masanori Sasaji（笹路正徳）as the composer. Now, if only "Uterus, Uterus" were readily available.
Posted by J-Canuck at 10:37 PM