Last night, as I was bringing my friends back to the hotel after a few days of traveling around Toronto and Niagara Falls, a number of costumed young folk left a lobby elevator and were on their way to some sort of party downtown. I realized then it was Halloween weekend since the 31st this year lands next Thursday, so the bewitching revelry probably started last night.

I'm not sure if there are any Halloween-themed Japanese pop songs before the 21st century (if any of you can correct me on this, please do) since I think the holiday itself only finally took full hold in Tokyo at least in the last decade. However, since Japanese culture also has a fundamental faith in the supernatural, there have been some cute and silly tunes about ghosts and the like.

From Yumi Matsutoya's（松任谷由実） 16th album, "No Side" comes "Yabureta Koi no Naoshikata Oshiemasu" (I Will Teach You How To Heal A Broken Love). Right from the opening synth notes, the tongue-in-cheek spookiness pops on out like a loosened eyeball, and Yuming herself sings the song a bit more whispery as she gives her somewhat illicit recipe to get that man back. Lest the music get too "scary", though, there is a pretty cool bass thumping away and then a bit of that rock guitar during the refrain. I'm not quite sure if the lady had been watching "The Rocky Horror Picture Show" for inspiration. Whatever the case, Yuming's tribute to all that is bewitching stood out along with some of the other tracks such as the melancholy "No Side" and the ski tune of "Blizzard". 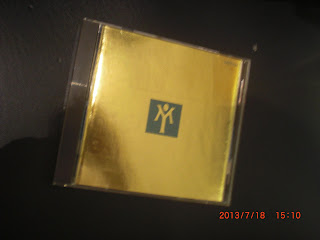