Yutaka Ozaki -- I Love You

Happy Valentine's Day, folks! I was thinking for a short while about what song I could put up on the blog to symbolize February 14th. I mean, I've already put up Dreams Come True's "Love Love Love", Off Course's "I Love You" and JTM was good enough to put up Sayuri Kokusho's（国生さゆり） "Valentine Kiss". And then I heard the velvety words in my head, "I Looooooove You...."Not by Kazumasa Oda（小田和正）, but by the late balladeer Yutaka Ozaki（尾崎豊）.

Written and composed by Ozaki as a track for his first album, "Juu-nana Sai no Chizu"(十七歳の地図....Seventeen's Map) in 1983, this song probably got the most airplay out of his repertoire in the media in the days immediately after the news of Ozaki's untimely death at the age of 26 in April 1992. Although it hadn't been released as a single originally from the album, it did get a CD release in March 1991 which peaked at No. 5 on the Oricon weeklies.

Listening to Ozaki's emotion-laden vocals and the gentle piano-and-guitar melody, it's sometimes hard not to get a bit of a tickle or a lump in the throat. I bet there have been buskers over the last 30 years (yeah, it's been 30 years) who've slapped themselves upside on the head and wondered why they couldn't have written this. But those same people have probably been more than happy to croon this on whatever street corner and JR station they've placed themselves. And if they do it right, they can be guaranteed of an appreciative audience. And I can imagine "I Love You" being a must-play at any wedding reception.

The song has been covered by singers from a number of countries in a number of languages. Debbie Gibson has done it, Aaron Kwok has done it in Chinese, and of course, several J-Pop singers from Hikaru Utada to Kazumasa Oda to Akina Nakamori to Shinichi Mori have given their own takes. And I'm sure tons of karaoke amateurs have tackled "I Love You" from Okinawa to Hokkaido, maybe with that special someone in the room....and most likely after a few glasses of beer.

This is the Debbie Gibson version. 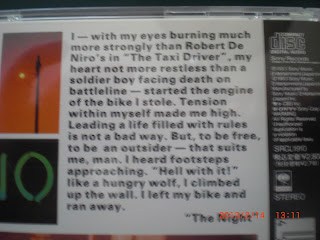 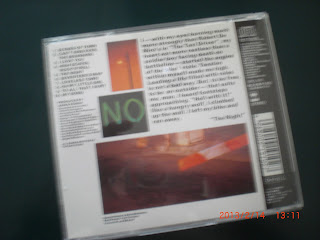