Taking into consideration that in the last number of days I've come to the realization that there has been a resurgence of the City Pop groove from the late 70s/early 80s, I think it was once again time to bring Asako Toki（土岐麻子） to the fore.

In the last number of years that I lived in Chiba Prefecture, I often saw the lovely Ms. Toki do a lot of fine covers of songs from the 80s, Western and Japanese. In fact, the first two articles devoted to her are on a couple of her interpretations of classics from the Yellow Magic Orchestra and Seiko Matsuda（松田聖子）. However, "Gift ~ Anata wa Madonna" (You're The Madonna) is an original but created and written by one of the prime participants in City Pop over 30 years ago. Songbird EPO was responsible for coming up with this shiny tribute to the metropolitan sound of Japan in words and music with Takeshi Ono（小野健） collaborating on the lyrics.

The original version of "Gift" is played in the official video above. It was the starting track on her BEST album from February 2011, "Toki Asako 'LIGHT!' -- CM & Cover Songs" which, as the title says, had all of her tunes for commercial usage. She covered not only some of the old 80s J-Pop but Michael Jackson's "Human Nature" and Bill Evans' "Waltz for Debby". Toki has a light and sunny touch to her versions, nice for a Sunday listen at home or over the speakers at the neighbourhood café. What finally triggered me, though, to plunk down the yen at Tower Records for the album was the look of the cover: the colours and the type style just declared "CITY POP!"

"Gift" was used as the commercial campaign song for a Shiseido cosmetic, and not surprisingly the official video has that sort of feel as well....y'know, in my eyes Toki somewhat resembles Maggie Gyllenhaal.


While the official single (her 4th from January 2011) was Toki solo, in her next mini-album from November of the same year, "sings the stories of 6 girls", Toki and EPO herself teamed up for an even more spritely, perhaps even more EPO-esque duet version of "Gift". It sure was nice to hear that voice again. 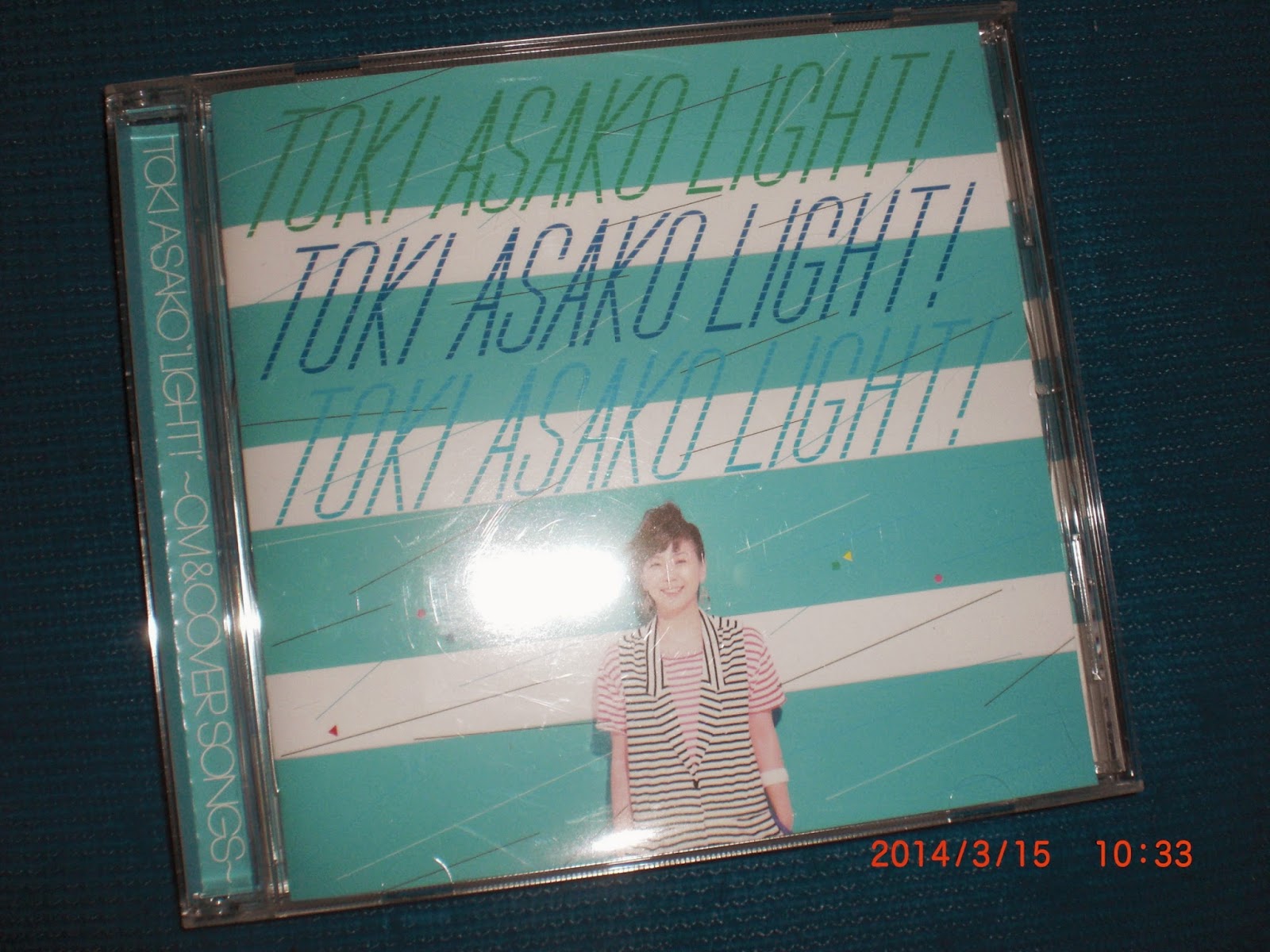