As I may have mentioned about my bi-weekly get-togethers with my anime buddy, about an hour of my visit to his place involves listening to music and theme songs from his humoungous collection of various anime soundtracks. I'm not quite as big into the anison as he obviously is, but I have been keying in on "Space Dandy" since its debut in January this year. It's one of a few examples in which I have enjoyed both the opening AND ending themes. In fact, I've already talked on Yasuyuki Okamura's（岡村靖幸） Princely piece of funk, "Viva Namida" as the opening theme, and not too long ago, I also mentioned about one song that was inserted at the end of Episode 6, "Hoshikuzu no Pipeline"（星屑のパイプライン）by Junk Fujiyama that probably has been satisfying fans of City Pop/Tatsuro Yamashita（山下達郎）.

So, this is the ending theme, "X-Jigen e Yokoso" (Welcome to the X Dimension), an appropriately titled song for an anime that's pretty way out there. Sung by the enigmatic and whisper-voiced Etsuko Yakushimaru（やくしまるえつこ）, it's an infectiously catchy little technopop tune with a bit of old disco, to boot. It goes quite well with the ending credit graphics, and apparently, the multitasking Yakushimaru was also responsible for coming up with the alien illustrations during those credits, too.


Yakushimaru is a stage name for this singer-songwriter and producer and illustrator and narrator. She also goes under the name of Tica Alpha while in songwriter mode (she was responsible for the music and words behind "X-Jigen"), and also belongs to a just-as-mysterious rock band by the name of Sotaisei Riron（相対性理論...Theory of Relativity）which debuted in 2006. The above video is the official one for the song in which the singer (maybe?) is co-starring with what is apparently a future employee of Amazon.com. The intro is pretty interesting in that it sounds like the beginning of Pink Lady's "UFO". Considering the song's spacey nature, it wouldn't surprise me in the least.

"X-Jigen e Yokoso" came out as Yakushimaru's 7th single in January 2014, and is most likely a track on the official soundtrack album for "Space Dandy", something that my anime buddy has already ordered and is waiting for with great anticipation.

What I hadn't also realized until very recently was that she was also behind the opening theme for the anime, "Mawaru Penguindrum". Now, that was truly a mind-screw of epic proportions.


P.S. I just found out about this fusion between "X-Jigen e Yokoso" and Musiq Soulchild's "Love", and I'm pretty impressed. Put the lights down low, baby!
Posted by J-Canuck at 8:30 PM 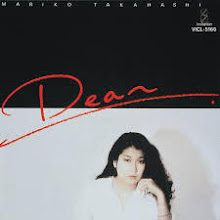