Although I don't have a long history with mainstream J-pop/rock band Anzen Chitai (安全地帯) - we're comparing about a year of them to almost 5 years of Chage & Aska - I managed to pick up some favorite tunes by the quintet along the way. One of them being their 26th single 'Ame Nochi Hare', which roughly translates to clear skies after the rain.

In fact, it was one of the first 5 Anzen Chitai songs I had come to know through random YouTube searches. After hearing its cheery, upbeat music composed by front man Koji Tamaki (玉置浩二) himself, the feel-good tune began to have heavy rotation over the course of a month late last year while hitting the books big time in preparation for the national exams, the GCE 'O' levels, also known as every 16/17 year-old Singaporean kid's worst nightmare.

So during that horrible period at least by listening to the lighthearted 'Ame Nochi Hare' and seeing the unfortunately now deleted MV of the group happily singing away in a wide open field and playing (or at least trying to) a game of baseball in a puddle ridden pitch, I was able to relieve some of the burden... and kinda ignore Aska's ongoing predicament...

Although I like the song, I don't think it was that well recieved since it was released in 2003 - way past their prime in the 80's - and when I tried to find videos of it on YouTube, 95% of the results came out as a Mr Children's song under the same name... from my knowledge, Mr Children seems to have the upperhand in the early 2000's, so I suppose it was inevitable. 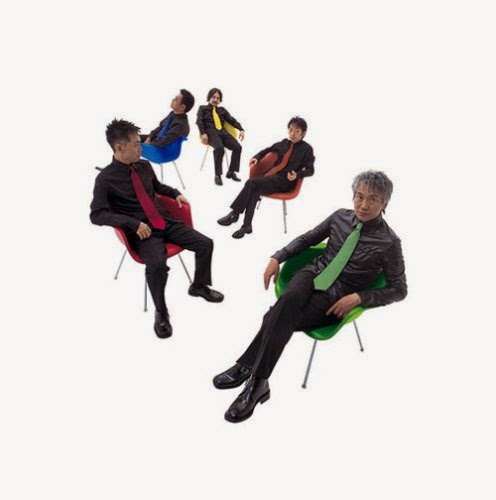