I've always loved that cover of Hitomi "Penny" Tohyama's（当山ひとみ）1981 debut album "Just Call Me Penny". The way the lady is sitting in that armchair makes me wonder if the title was meant to be more of a command rather than a kindly request. She's got that sexy if no-nonsense look about her.

In any case, I've chosen another track from that album, "Door Goshi no Good Song" (A Good Song Behind The Door) which actually launches "Just Call Me Penny". From the songs that I have heard by her on that 2-disc BEST album that I got online, I've known Penny mostly for her Japanese funk during the 80s. But with her first album, I think she was feeling her way around the genres.

The other song from that album that I've already profiled, "Rainy Driver", is a nighttime City Pop tune, but "Door Goshi no Good Song" has got that 60s American girl pop feel to it (complete with introductory voiceover in darn good English), so I start thinking Mariya Takeuchi（竹内まりや）from around the same time. However, the singer's delivery here has me imagining Ayumi Nakamura （中村あゆみ）with more silk and less husk. It's a light and pleasant song...I would say that it is the musical version of an aperitif that any record marketer wouldn't have pushed as a debut single but it makes for a nice way to profile her pure vocals.

"Door Goshi no Good Song", which also has the alternate title of "So Many Times", was written by H. Kurashiki and composed by Yoshihiro Yonekura（米倉良広）. Although I have that BEST album, I'm sorely tempted to get "Just Call Me Penny" just on that album cover alone. 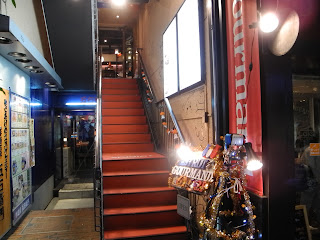