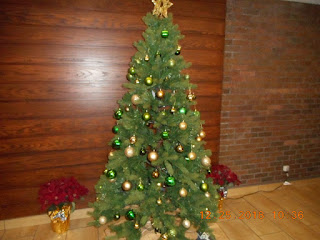 Saeko Suzuki（鈴木さえ子）is listed in J-Wiki as a musician and composer proficient on percussion and keyboards. And what I hadn't known until earlier this morning is that she was also the person who came up with one of the most famous commercial jingles on Japanese TV. That would be "Sugu Oishii, Sugoku Oishii"（すぐおいしい、すごくおいしい...Soon Tasty, Really Tasty）for Nisshin's Chicken Ramen that I used to hear over and over again in various ways over the years. In fact, as a ramen fan (instant and restaurant-made), I'm developing a Pavlovian reaction as I hear the jingle right now. 😋


Hailing from Tokyo, Suzuki started at a young age on classical piano but was also influenced by her elder sister onto rock music, and then heading into high school, she got into drumming. From 1976 via Aoyama Gakuin University, she got into a number of bands and from 1980, she made her major debut and became a known musician in the New Wave/pop genres. In addition, that's when she started making her mark as a studio musician and a producer of commercial jingles.

1979 was the year that she got to know Keiichi Suzuki（鈴木慶一）of The Moonriders while she was in the band Cinema as the drummer. And several years later in July 1983, the two of them would work together to record and release an album called "I wish it could be Christmas everyday" under the duo name of Psycho Perches, but due to red tape involving the contract, it was put on sale as Saeko's solo debut album.

The title track would also come out as a single in November of that same year. "Mainichi Christmas dattara", written, composed and performed by Saeko,  makes an impression as this quirky and bouncy synthpop Xmas tune that could go well with an adventure in some department store's Toyland. In terms of the arrangement, I think "Mainichi Christmas dattara" tends toward the sound of bands such as PSY-S and even the very early Pizzicato Five rather than that of Yellow Magic Orchestra.


Some years later, Suzuki would cover the song again as a track on her 4th album "Studio Romanticist"（スタジオ・ロマンチスト ...STUDIO ROMANTIC）which was released in June 1987. The title would be extended a bit though into "I wish it could be Christmas everyday in the U.K.". As for the album itself, it peaked at No. 66.
Posted by J-Canuck at 2:50 PM