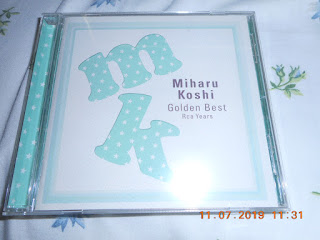 I was listening to the above, Miharu Koshi's（越美晴）"Golden Best" which had been released sometime in 2006, and this single CD Best album has many of her songs in the first part of her career between 1979 and 1981 when she was exploring the City Pop and AOR genres.

One of the tracks on "Golden Best" is "Harbor Light" which was the B-side to Koshi's 1979 4th single "Kardia no Umi"（カルディアの海）. Written and composed by the singer, in comparison with the tropical intrigue of that A-side, "Harbor Light" seems to take things back to downtown Tokyo with its own mysteries of late-night trysts. I do like that bouncy piano and the introductory riff that reminds me of Billy Joel's "The Stranger". The melody, though, kinda weaves back and forth between the not-so-desired secrecy and the best part of the whirlwind romance. However, as they say, all good things come to an end. 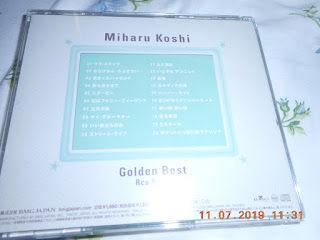