I’m truly in love with Yufu Terashima (寺嶋由芙), and she’ll probably be my top aidoru of the year!

Like I said in my past article about two of her singles, “Campanulla no Yutsu” (カンパニュラの憂鬱) and “Neko ni Naritai!” (猫になりたい！), this cute girl was part of the punk/anti-aidoru unit called BiS (the group disbanded in 2014, but Yufu-chan was out of it since 2013). I thank her for realizing that her true destiny was at being a traditional aidoru.

When I say traditional aidoru, I really mean it! After months exploring her not-so-big discogaphy, I concluded that a good portion of her repertoire is made of retro-sounding tunes, which is a nice change in this era of hyper-energetic or rock-based aidoru groups (Babymetal is pretty nice and was a valuable addition to the aidoru universe, but things are getting strange with lots of indie groups trying to copy them and bite a slice of this niche market). However, she also records some denpa songs eventually, so variety is not a problem for Yuffie.

When I first heard Yufu signed to a major label, I was instantly happy for her. My only problem was how strange the title of her major debut single turned out to be: “Fuhehehehehehehe Daisakusen”. Also, it didn’t help that the short snippet on YouTube didn’t sound interesting at all.

Well, I waited a month before the single was oficially released and “Fuhehehehehehehe Daisakusen”, while not irresistible at first, is a cute song that showcases Yufu’s sound in a positive manner with all the fairy tale elements in the arrangement, such as the strings, synths and flutes. Also, her voice is one of the sweetest things on earth. Yufu’s level of saccarine is so high in “Fuhehehehehehehe Daisakusen” that I think about a fluffy cotton candy while listening to it, and I don’t even like cotton candy in the first place.

Finally, the video is pure heaven! Yufu is awkwardly beautiful, especially when she opens that big and almost disproportionate smile.

As a side note, “Fuhehehehehehehe Daisakusen’s” coupling song (b-side) is a cover of Sheena & The Rokkets’ (シーナ&ザ・ロケッツ) “You May Be”. Yufu’s cover is pretty similar to the original, but I’m a sucker for her cute vocals, so I like the cover over the original. You can hear it below.

“Fuhehehehehehehe Daisakusen” was released in May 2015. Lyrics for the song were written by Seiko Oomori (大森靖子), while music and arrangement were done by rionos. 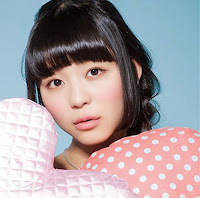