Yup, the summer is indeed here. Tonight, our local weather forecaster reported that the high temperatures will be a little lower than average for the rest of July, but for me at least, I don't mind that in the least. After surviving several years of blistering Tokyo summers, I no longer complain about humidity and heat in my hometown. I laugh at any level of moisture in the Toronto air now.

When it comes to the nostalgic summer music in Japan, names like Anri, TUBE and Southern All Stars come to mind. But of course, there is the very 80s 1986 Omega Tribe. This was the incarnation with Carlos Toshiki（カルロス・トシキ）behind the mike after original singer Kiyotaka Sugiyama（杉山清貴）had left to pursue his solo career. "Super Chance" was the group's 2nd single under Toshiki that came out in August 1986 following "Kimi wa 1000%"（君は1000%）

Written by Masao Urino（売野雅勇）and composed by Tsunehiro Izumi（和泉常寛）, I remember the song mainly for Toshiki's declaration of the title in the refrain, but when I refreshed my memory just now, those summery synths and the electric guitar once again had me going "Natsukashii na..." and "Natsurashii na...". I can no longer visit the beaches near Kamakura but there is still the newly renovated Queen's Quay by Lake Ontario....provided vehicular traffic finally figures out how to handle the new signs there.

It's interesting comparing the vocal deliveries of Toshiki and predecessor Sugiyama. Both singers project that mellowness that fits the genre but I think the former sounds slightly breathier while the latter has a bit more steel in his delivery. 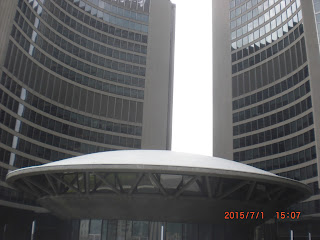