Carl Anderson -- Pieces of a Heart


Nope, this is not a Japanese artist here. However, I loved this song which was featured on an old Parliament cigarette commercial. I have a feeling that this was often shown during Fuji-TV's "Music Fair" which would fit the classiness of that show, and although of course I watched the show, I would also be looking forward to catching this ad featuring the beautiful people tripping the light fantastic at an urban soiree. I ended up falling in love with San Francisco at night because of the ad.

Well, after watching the commercial over several weeks and digging through the CDs at the local stores in Gunma and Tokyo, I finally discovered that the song was titled "Pieces of a Heart" and the singer was the late Carl Anderson. I did indeed track down the CD single and bought it. The ballad was released in 1990, and it's just that sort of slow song that is best listened to in the late hours while nursing a Bailey's from a balcony looking down at the city below. As it affects me, the commercial failed in getting me to buy a pack of Parliaments (never got into the habit), but I was more than happy for the musical accompaniment. 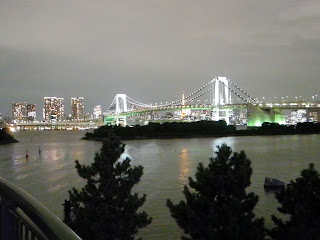