For those who love summer time here, they are certainly getting it now. I wouldn't mind frolicking about with those folks from m-flo in the above video but I don't think I quite pass the beauty index or the waist size conditions.

In any case, I do remember watching this video for m-flo's June 2006 20th single, "Summer Time Love" a fair bit on the music stations around 10 years ago, and what better choice for a summer article than this one. When it comes to the "m-flo loves..." series, I've known some of the folks helping out the DJ such as Bonnie Pink and Chara, but there are also these other hip folks that I had never heard of and for that matter, haven't heard since.

This time, it's Osaka-born urban singer-songwriter Emi Hinouchi（日之内絵美）and Kyoto-born singer-producer Ryohei who m-flo loves this time helping out in the writing and performing of this tune which is bursting with the atmosphere of an island paradise. It's kinda weird saying this considering that this was produced less than a decade ago, but the music sounds so natsukashii since I haven't heard this sort of retro-disco portion of J-R&B that I often heard from bird and Misia in recent years. I wouldn't mind hearing a revival (neo-retro-disco?) again someday. 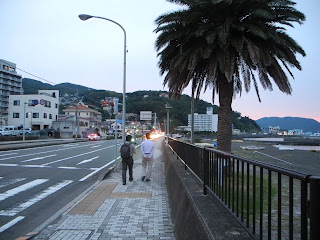