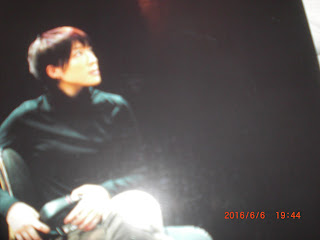 The NHK asadora (morning serial drama) has been a viewing mainstay for my parents since basically forever. Frankly, I've been far more persnickety since I long shed my interest in Japanese dramas. The last drama I caught regularly was "Ume-chan Sensei"（梅ちゃん先生）, for instance. However, I've kept more of an open mind toward the theme songs for those 15-minute serials. They have varied widely in terms of hit appeal but I do remember "Haru yo, Koi"（春よ、来い）by Yuming（ユーミン）for the 1994 entry of the same name which has now become one of her classics and "Sakasama no Sora"（さかさまの空）, the ever-cheerful theme for the aforementioned "Ume-chan Sensei" from 2012.


In the inaugural episode of "Uta Kon"（うたコン）, the new NHK kayo kyoku program wanted to show off some of its new finery by presenting a fairly long segment on those asadora theme songs. "Haru yo, Koi" was featured of course, but then there was this lovely ballad sung by the just-as-lovely Ayaka Hirahara（平原綾香）that got me right here.

The song was "Ohisama ~ Taisetsu na Anata e" (To My Dearest You) which was the theme song for the 2011 asadora from April to October, "Ohisama". That beautiful arrangement and Hirahara's voice were the perfect combination....still gives me shivers when I hear it in my head.


Yoshikazu Okada（岡田惠和）, who had written the screenplay for "Ohisama", also provided the lyrics for "Taisetsu na Anata e" while Toshiyuki Watanabe（渡辺俊幸）who was responsible for the show's soundtrack created the theme melody. The interesting thing is that when the serial first premiered that April, "Taisetsu na Anata e" had initially been just a lovely instrumental. However, due to many inquiries from viewers about the song, and Watanabe's comparison of Japan's recovery from World War II which figured in the story for "Ohisama" to the Tohoku region's recovery from the massive earthquake that had just occurred in March 2011, the composer sounded out Hirahara, who was an acquaintance of his, to see if she would be willing to sing a lyricized version. Obviously, she consented. The full title of the song was set once the lyrics were laid down.

"Taisetsu na Anata e" was released as Hirahara's 26th single from June 2011. It peaked at No. 44 on Oricon and was placed as a track on her 10th album "Dokki!" (ドキッ!...Ba-Bump!) from February 2012. Hirahara was also able to perform the full version at the 2011 Kohaku Utagassen. The song also won the Best Arrangement Prize at the Japan Record Awards that year as well.


This is the original instrumental opening for the drama. Hirahara's sung version was used to open only the Saturday morning episodes from the middle of July a few weeks following its release as a single. Try to see if you can get through either version without getting a little misty.
Posted by J-Canuck at 8:22 PM