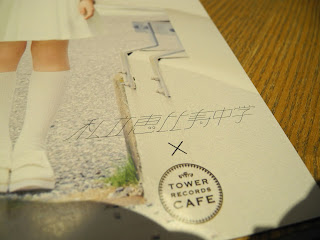 With just two full days left in my Tokyo 2017 trip, my friend Dan and I decided to make November 16th the day for searching for those rare albums. 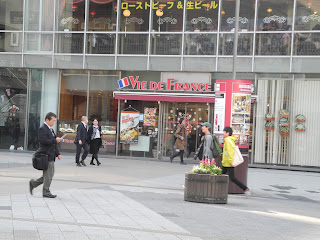 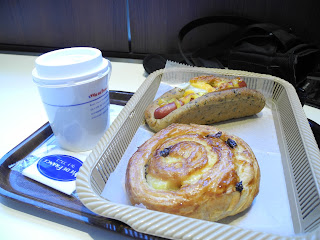 So I met up with him in Akiba where his hotel was. However, since I got there an hour ahead of schedule, I ended up getting a UNIQLO cardigan and having an impromptu brunch at Vie de France. Golly, I did miss that place. My caloric intake suffered a quick increase but despite the sugar and cholesterol, it was well worth it. 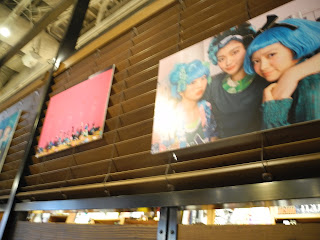 Anyways, we first stopped off at some of the old/used CD shops in Jimbocho including my old haunt of Tacto and I was happy that my friend could track down one of his rarities there. After that, we took the Hanzomon Line down to Shibuya and walked it up to Tower Records. Of course, I went a bit crazy with the disc shopping and I've already talked about a couple of the new acquisitions over the past week.

We decided to have lunch down on the 2nd floor where the Tower Records Cafe is located. Apparently, for a limited time, the cafe was made into the central fan location for the aidoru group Shiritsu Ebisu Chugaku（私立恵比寿中学...Ebisu Private Junior High School）. We had never heard of these ladies before but the waitress smilingly asked us whether we would want to be seated by the huge poster where the girls were posing. I politely demurred and said that we would be happy being seated anywhere. 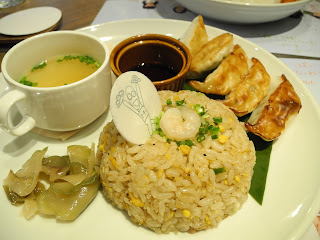 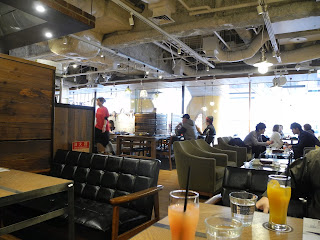 We got the comfy sofa set in one corner of the cafe. And the menu consisted of dishes that the individual members of Shiritsu Ebisu Chugaku had recommended. I went with the gyoza-and-fried rice combo and the mango juice. I gathered that SEC had garnered quite a fan following since some of them actually came up to our table to take photos of the pictures on the wall above us containing the girls. So this was what fame was all about, eh? To give credit where credit was due, the lunch was quite delicious.


SEC began in 2010 and had their major debut in 2012. I couldn't quite hear any of their songs at the cafe so I did some digging when I got back home to Toronto and found their 11th and latest single, according to J-Wiki. "Sing along sing a song" had come out right in the middle of my trip on November 8th, and the video and song is actually quite fun to hear. Written and composed by Motoki Ohmori（大森元貴）, the song went as high as No. 2 on Oricon.

I will have to give my respects to them as well for the food recommendations.
Posted by J-Canuck at 10:13 PM