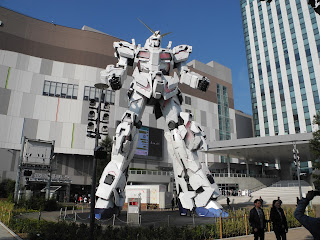 Last week, I had a talk with an old friend of mine who's been extremely busy managing one of the movie theatres here in Toronto because of all of the safety concerns regarding COVID-19. Not sure when I'm going to have the opportunity to talk with him in person again, but hopefully before the autumn comes in earnest and the chances of infection rise once more, maybe we can grab dinner a couple of times. In any case, he told me that he's become a fan of the synthwave trio Satellite Young which rang a few bells, and I remember that both Marcos V. and I had written articles on this band that has had a love for all things pop cultural from the 1980s. The Eighties are also the decade that I've associated myself with the most.


Their November 2017 single "Modern Romance" isn't an instant classic with me but listening to it, it's got that retro-futuristic aidoru feeling that has been a mainstay theme for Satellite Young, especially punctuated by those nostalgia-sparking synthesizers. The sound actually reminded me of the work of the now-disbanded group Especia. And I gotta say with that official video, I do wonder whether Apple, Nokia and Blackberry among other companies got their piece of the action; plus, I do miss my kaiten sushi.🍣

Seeing those models of the Macintosh being hugged by vocalist Emi Kusano（草野絵美）in the video, my memories go back when I bought a Mac IIsi in the early 1990s following my return from Gunma Prefecture. That cost me a whopping $5000 plus I threw in the laser printer for an extra grand! If I'm not mistaken, the IIsi wasn't even the top of the line...I think the title went to the Quadra. One of my other friends had that one and when I went to his place, he was wondering why I was looking so green (with envy).


Y'know...I actually like this brinq -Neo Tokyo- remix even more. Perhaps it's the even shinier synths!
Posted by J-Canuck at 4:50 PM