MALTA -- A Letter From September 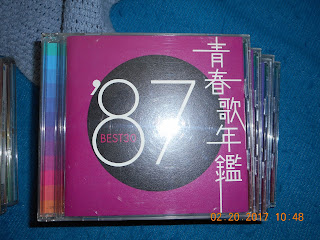 Indeed, welcome to September! I figure that we ought to start with something that has a September theme to it.


Therefore, we have "A Letter From September" by jazz saxophonist MALTA from his 1987 album "My Ballads". Those honey tones possess a warmth-filled sensation of a lovely dinner in the penthouse apartment with some added class thanks to those strings and some fine piano, but MALTA is definitely the leader of this band here. Maybe this would be the song to hear after a hard day of work today.

Strangely enough, this isn't MALTA's first rodeo on "Kayo Kyoku Plus". Years ago, I featured him on the blog as a composer for music that was completely outside of his jazz-fusion roots. Back in 1991, he took care of a couple of Eurobeat tunes for the duo Yamadakatsutenai Wink（やまだかつてないウィンク）composed of comedienne Kuniko Yamada（山田邦子）and aidoru Chisa Yokoyama（横山知枝）, "T-Intersection -- Anata ni Modorenai" (T-Intersection -- あなたに戻れない...I Can't Return to You) and "Christmas, Christmas".

MALTA is actually the nom de plume for Yoshiaki Maruta（丸田良昭）from Tottori Prefecture. Born in 1949, he started playing the saxophone in junior high school and soon professed his intention to go professional, but his parents maintained that he should become a teacher. However, it looks like there was probably more intense negotiation after that, since after graduating from Tokyo University of the Arts in 1973 with that degree in music, he promptly went over to Boston to study at the Berklee College of Music. Once he graduated from Berklee in 1976, he even started lecturing there, but a few years later, he worked with fellow artists including trumpeter Randy Brecker, trombonist Jimmy Knepper and guitarist Larry Coryell on bassist/pianist Charles Mingus' "Me, Myself An Eye" (1979), although by that point, Mingus had been too ill to perform. His first solo album "MALTA" came out in 1983 after which a long stream of other albums have flowed over the years if you take a look at his discography.
Posted by J-Canuck at 4:00 PM