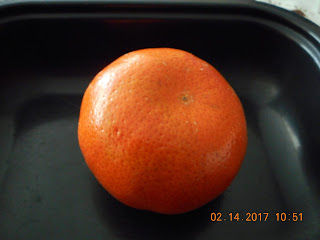 It's something that I'd been expecting if not thrilled about, and our local Chief Medical Officer declared that it was all but inevitable. The daily infection rates have begun to climb up once more, so I gather my city is most likely entering the second wave of the pandemic. On top of that, we've got kids going back to school in the next couple of weeks, so everyone in Ontario is going to be on tenterhooks for a little while. Let's see if we can try something soothing on "Kayo Kyoku Plus" to begin Sunday.


First finding out about this group Kyoko Omiya & Orange（大宮京子＆オレンジ）through one of the "Light Mellow" albums some time ago, this band from Sendai, Miyagi Prefecture made its start in the late 1970s and my impression is that its overall happy sound is reminiscent of folk groups such as Cherish and Aoi Sankaku Jougi (青い三角定規）. Its debut single was "Season" from 1979 and it has that breezy and uplifting feeling like a breath of that much-needed fresh air. With Omiya's vocals, it does come across like that reassuring jingle that you want to hear for an insurance commercial in Japan.


Written and composed by Orange members, co-vocalist Yuuji Sato（佐藤雄次）and keyboardist Toshikazu Miura（三浦年一）respectively, "Season" starts out a little eerily but Omiya and the subsequent arrangement quickly puts everyone at ease, as they should. The song won the Grand Prize at the annual PopCon contest in that year of 1979. From this Rakuten blog on folk and rock music in Japan during the 1970s, I found out the rest of the lineup on Orange: Yoichi Hayasaka（早坂洋一）on guitar, Aki/Akira Miyazawa（宮沢章）on bass, and Hidekazu Endo（遠藤秀一）on drums.


Sato and Miura were also responsible for the creation of the B-side "Melody"（メロディー）, a more elegiac but also no less inspiring number. I like the guitar solo here and the ending is truly lovely. Both songs were included in the remastered version of Orange's (probably lone) album "Orange" which came out in 1980. According to Hip Tank Records, the album is seen as one of those little-known City Pop gems although I don't think the tag applies to either "Season" or "Melody", so now my curiosity is piquing regarding that release. However, I've already gotten a taste of what a couple of members from Orange have done in that genre since Miura came up with "Friday Night" under his nom de plume of M. TOSIKAZ, a spritely City Pop number in which vocalist Omiya lends a hand as a backup vocalist.
Posted by J-Canuck at 2:16 PM