His trademark "Sssankyu!" is adorable. ( Yes, I know it's "Thank You")

Although I've seen Takao Horiuchi (堀内孝雄) countless times on the Enka-based "Nippon no Uta" and he's sings songs under that genre, I will always see him as a quintessential Folk/Country singer. Partially due to his origins from Folk-Rock band, Alice, but also because he's got the look for it too. He's got the look, a mellow voice, and if he's not wearing a suit, he'd be decked out in a white shirt and an unbuttoned vest and strumming away on an acoustic guitar. All he's missing is a Cowboy hat and a pair of Cowboy boots.

Another thing about Horiuchi that I've taken note of is that his songs have interesting names, and they usually have a lot of Kanji characters that I don't know how to pronounce, one example of this would be "Kageboshi" - I only knew how it's pronounced after looking it up on the J-Wiki. "Kageboshi" was one of those songs where I had really wondered how it would sound like because of its strange name, but never got around to scratch that itch. Not until a couple of days ago, that is. And I was pleased to hear that it sounded very pleasant and not as boring as I had anticipated - I really like its chorus. Toyohisa Araki (荒木とよひさ), who Horiuchi frequently collaborates with, penned the lyrics while Horiuchi himself was responsible for the music, and it starts off seeming like a loud song with the electric guitars screaming away, but it eventually becomes quite mellow once the singer-songwriter opens his mouth. And with his soft vocals and the relaxing music, I can see myself listening to this while enjoying a sunset at the beach or something like that... or while taking a train home from school (that's gonna start again soon... Urgh...).


"Kageboshi" was released on 25th April 1993 and peaked at 26th place on the Oricon charts. Horiuchi achieved his second win at the Japan Music Awards because of this song, his first win came 3 years earlier in 1990 with his better known and more successful hit, "Koi Uta Tsuzuri" (恋唄綴り) - not a fan of that one though, I much prefer "Kageboshi". He sang this song once on the Kohaku on the very same year and was used as an ending theme for a crime drama called "Hagure Keiji Jounjo Ha" (はぐれ刑事純情派) that stared veteran actor, Makoto Fujita (藤田まこと). There were 18 seasons to that show spanning from 1988 to 2005, and interestingly enough, the ending themes used were always Horiuchi's newly released songs for that particular year. So I'm guessing that "Kageboshi" was used in the 6th season (1993)? 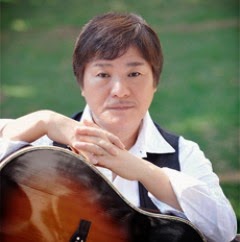