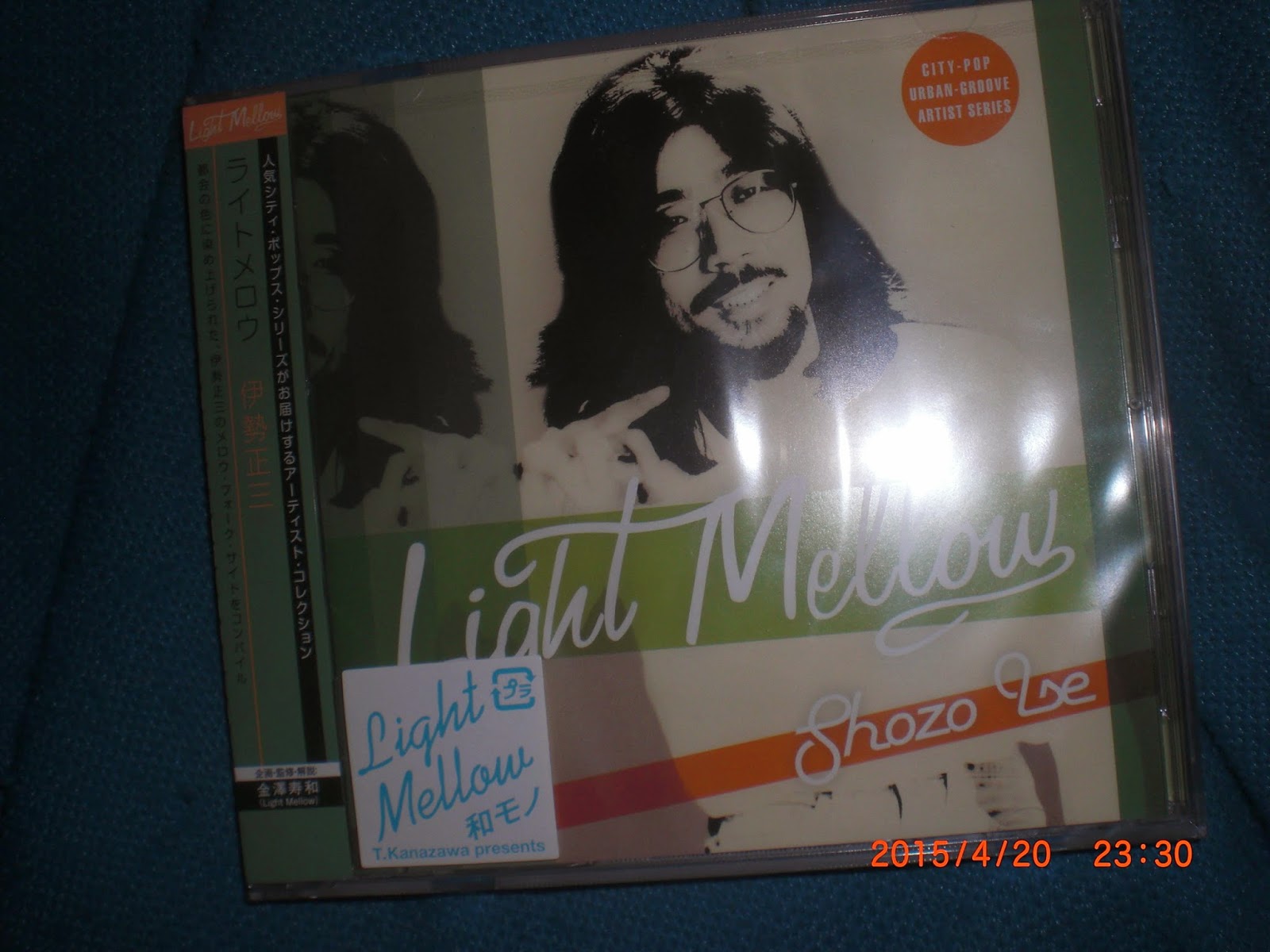 Well, as I mentioned in another this week, I got my package of CDs which included another in the series of "Light Mellow" compilations of J-AOR/City Pop. The 2nd CD in the delivery was another "Light Mellow" (every time I read or hear that title, I always get reminded of Coffee Mate) album, but this time, it was one of the spotlight releases focusing on a certain singer of the genre. I decided to get the urban contemporary works of singer-songwriter Shozo Ise（伊勢正三）.

Ise is quite the interesting acquisition. He and Kosetsu Minami（南こうせつ）came up with some of the most famous J-Folk songs from the early 1970s such as "Nagori Yuki"（なごり雪）when they were together in Kaguyahime（かぐや姫）, and a year ago, I discovered this achingly lovely ballad that Ise wrote and composed, "Kimi to Aruita Seishun"（君と歩いた青春）when he was with another band, Kaze (1975-1979), a duo that was also folk but had elements of New Music and City Pop as well.

The transition further continued as Ise went solo in the late 1970s and embraced the totality of City Pop. I fell in love with the slick "Moonlight" when I first heard it on "Sounds of Japan" decades ago, although at the time, I did not make the connection between it and "Nagori Yuki". But years later, I finally figured it out and always wondered about more of his urban contemporary stuff from the early 80s which leads to this week when I finally got "Light Mellow -- Shozo Ise".

"Moonlight", his 2nd single as a soloist, is in there, but there are also a lot of other cool and urban delights. One of the tracks is "Futari no Shuuki" which translates as "A Period For Two". That struck me as being a bit too vague a title so I think "A Time For Two" may be an improvement. Of course, Ise took care of music and lyrics for this tune that's a bit airier than "Moonlight" but very much in the City Pop realm.

Not totally sure on the meaning of the lyrics, but I think Ise was trying to weave a story about a fellow who's still really aching for a lady although it looks like the brief and torrid affair is quite over. The featured instrument, according to the liner notes in "Light Mellow -- Shozo Ise", is Ise's operation of the guitar synthesizer but I think the even more intriguing thing is the instrument that are his vocal cords. His creamy and dreamy delivery especially of the first few lines had me thinking of Akira Terao（寺尾聰）and Yoshitaka Minami（南佳孝）...rather balladeer-like. Also, unlike "Moonlight", the feeling of the song is not like being in that hotel-top bar but just walking about somewhere in the concrete jungle that's Tokyo...perhaps aimlessly considering the poor fellow in the lyrics. He probably would need to pace around Shibuya, Harajuku and Shinjuku for a few hours to get all that angst out of his system.

Originally, "Futari no Shuuki" came out as his 3rd single in September 1981 and was a track on his 3rd solo album, "Smoke Glass Goshi no Keshiki"（スモークドガラス越しの景色...The Scenery Beyond The Smoked Glass）.  I'm more than happy to delver further into this song as well as some of the other tracks during his City Pop period.
Posted by J-Canuck at 8:26 PM