"Freshen up your glass, sir?"

Well, it's not exactly Saturday night as I type this...it's Saturday afternoon, actually. However, listening to this old chestnut, it's not too difficult to imagine the evening hours spent at a classy bar in Akasaka, ruminating about life over a tumbler of whiskey.

"Ai no Fureai" (Touch of Love) by Hiroshi Sawa（沢ひろし）& Tokyo 99 has all the makings of a classic Mood Kayo tune: a bit of jazz and Latin muddled into the mix. that male chorus, and the contemplative arrangement. Just like that glass of the good stuff, it's smooth and neat.


I also put up the karaoke version here since I like the different arrangement which includes that representative instrument of the genre: the lonely trumpet.

The thing is, though, Hiroshi Sawa and Tokyo 99 are a mystery group...at least on the Net. I couldn't find anything on the group (and that includes on J-Wiki) outside of the fact that "Ai no Fureai" was released in 1968 and that there have been a few other popular singles by them. I don't know when and where the group was formed, how successful the single was in original release, and what has become of them. But apparently, the song is one of the go-to signature tunes for Mood Kayo according to the number of compilation albums that popped up on sites like Amazon when I typed in the group via Yahoo.

If any of you Mood Kayo fans (including Noelle) can shed a bit more light on Sawa and Tokyo 99, please let me know. Otherwise, I will have to hope that the group will eventually appear on "Kayo Concert" someday. 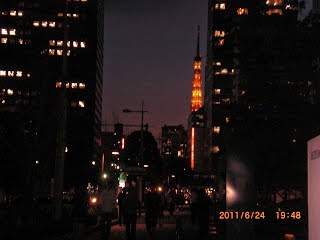