A little over a year ago, I put up an article on one of Miyuki Nakajima's（中島みゆき）biggest hits, "Chijo no Hoshi"（地上の星）which started as the theme song for an NHK documentary series, "Project X" but grew into this epic anthem for all of the working class, especially for those entrepreneurs.

Well, on the flip side of that single is "Headlight, Taillight". The way it has been presented on J-Wiki, the song isn't a mere coupling song but a co-single to "Chijo no Hoshi". And I think it is an accurate representation. The more famous of the two songs might have that thrilling anthemic aspect with a spear-carrying Nakajima at the head of the group of salaried workers, but "Headlight, Taillight" is no less significant in that it sounds like a ballad representing that same working class.

As was the case with "Chijo no Hoshi", Nakajima wrote and composed this ballad which depicts the never-ending journey with all of its victories and defeats past, present and future. It almost sounds like a lullaby for the challengers as the car drives on that night road with the titular lights shining in front and back of it. I especially like the way that the two lines Nakajima are delivered in the chorus:

It could almost describe the voyage of the USS Enterprise.

I've already described the just-as-epic journey that Nakajima's 37th single took in the years since its release in July 2000 so you can read about that on "Chijo no Hoshi".

I found out this morning that Nakajima is making her 2nd-ever appearance on the Kohaku Utagassen at the end of next month to perform the theme song from NHK's current morning serial "Massan"（マッサン）. Her first appearance was back in 2002 to perform, strangely enough, "Chijo no Hoshi". She performed that at Kurobe Dam. I wonder where she will sing "Mugi no Uta"（麦の唄...Song of Wheat）? Perhaps it will be in that field or distillery in Scotland. 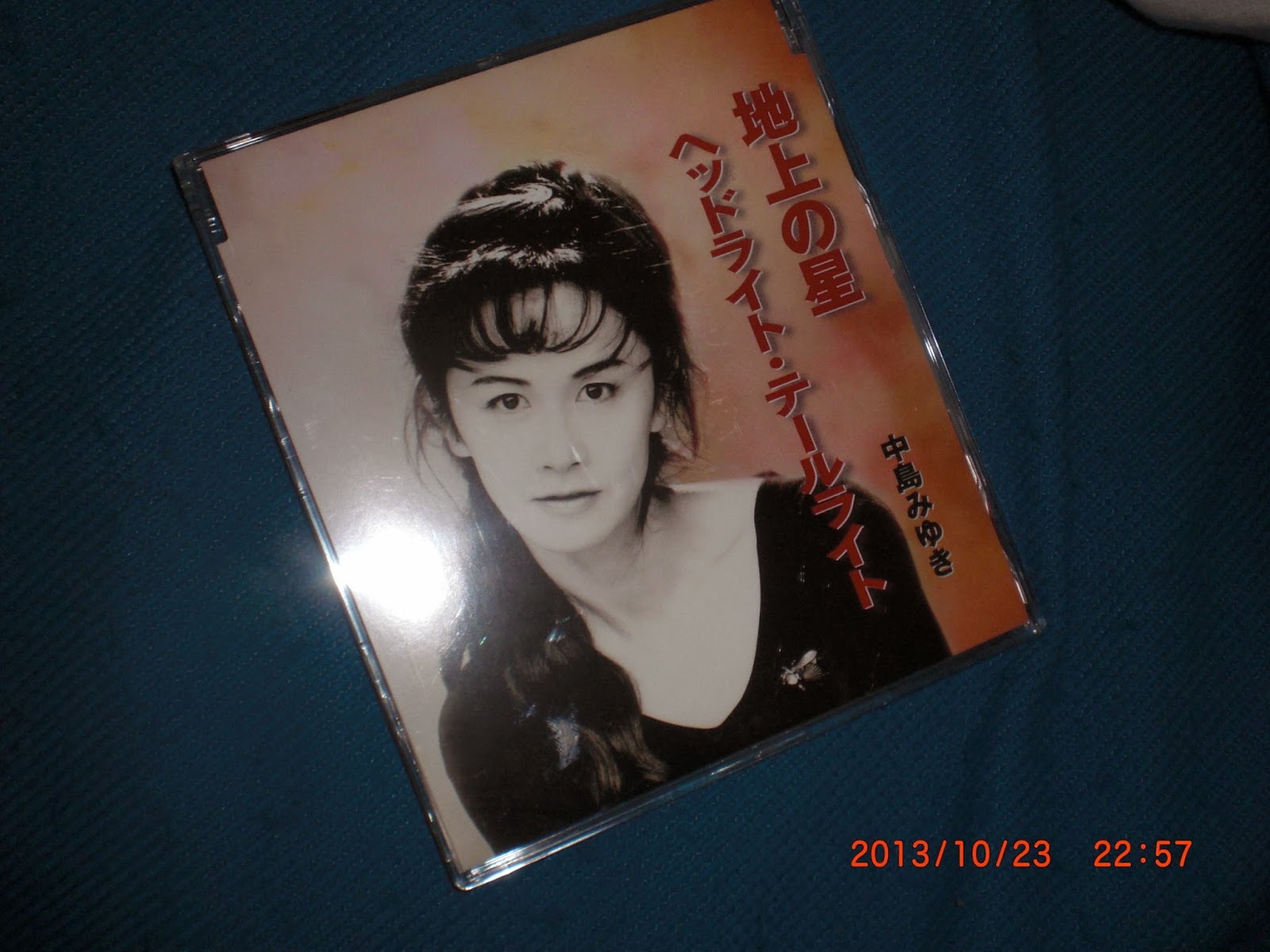 P.S. I actually found the song being used for one of the relatively more wistful scenes from the otherwise crazed anime, "Nichijou"（日常...Everyday）. Why was it used? You got me...but Nakajima added an unexpected layer of emotion.
Posted by J-Canuck at 3:47 PM