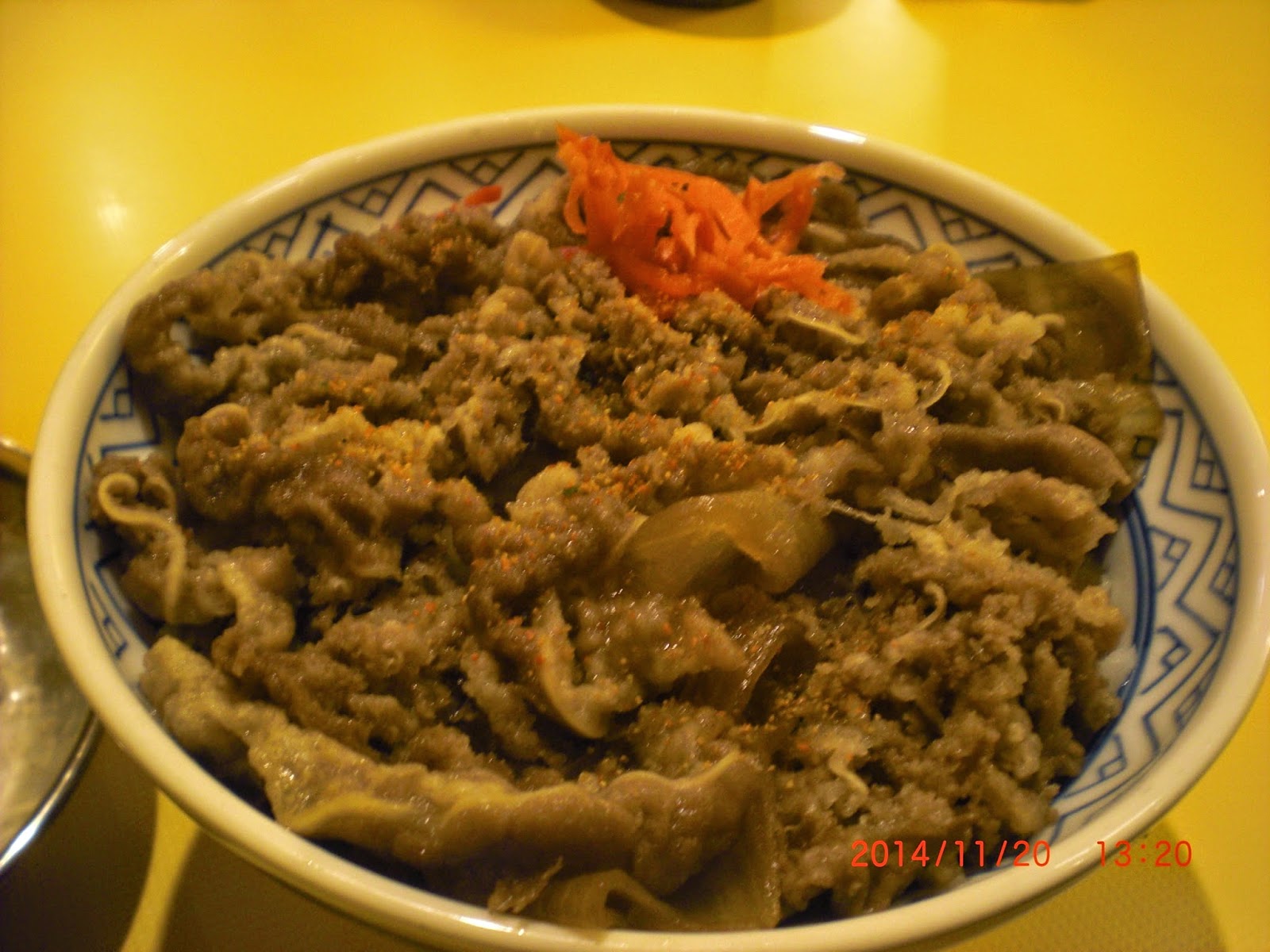 For lunch today, I got to meet a couple of my foodie buddies downtown for lunch. We wanted to try the latest example of Japanese cuisine to grace this side of Lake Ontario, gyudon（牛丼）, through the restaurant GyuGyuYa. My anime buddy had been raving about this place for months and we finally got the chance to hit the place. And although it was considerably more expensive than the famous example at Yoshinoya back in Japan, I was quite happy with my beef bowl. The thin slices of fatty beef were of the right consistency, the sauce was flavourful without being overpowering, the onions were tender and the beni-shoga added that nice sharp accent.

It's always nice to get together with good friends over good food at this time of year. The weather gets colder (today's high was all of -4 degrees C) which further incentivizes the bunch of us to gather and enjoy lunch or dinner in a warm environment. People seem to get mellower as the winter approaches. And so I introduce my article for today, SMAP's 32nd single from August 2000, "Lionheart". Keeping with my food theme, this ballad was not only just as mellow as some non-shopping wintry Torontonians armed with a cafe latte, but it was also used as a theme for a Japanese comedy-drama with a food theme.


"Food Fight" was an NTV show from 2000 that featured SMAP's Tsuyoshi Kusanagi（草彅 剛）as Mitsuru Ihara (for those who know their Japanese, a rather cute little pun considering the point of the show), a legendary food fighter with a black hole for a stomach that enters eating competitions.

I heard "Lionheart" a fair bit over the months following its release, and it was pretty interesting to have it as the theme song for "Food Fight" since it sounds like the perfect song to listen to after a very absorbing dinner. You might say it's music to digest to. As for me, it would be the ideal theme to describe my 2nd paragraph.

Written by the screenwriter Shinji Nojima（野島伸司...although he wasn't responsible for "Food Fight"）, and composed by Minoru Komorita（コモリタミノル）, the lyrics have nothing to do with food at all and everything to do with a man with that proverbial heart of a lion vowing to protect his lady love. Takuya Kimura（木村拓哉）had the lion's share of balladeering here, and apparently since he got married to former aidoru Shizuka Kudo（工藤静香）right after this song's release, people have gotten it into their heads that that this was KimuTaku's musical proposal to Shizuka-chan. It has become one of those wedding-friendly ballads in any event.

The above link will take you to the original music video for "Lionheart". Not surprisingly, it did hit No. 1 on Oricon and was SMAP's 2nd million-seller following its 1998 big hit "Yozora no Mukou"（夜空ノムコウ）. Takuya and the boys also made it onto the Kohaku for the 10th time to perform the ballad that year and it became the 6th-ranked song for 2000.

A number of artists have covered the song but I personally like a version by Chikuzen Sato（佐藤竹善）from Sing Like Talking which is a bit more soulful. It was a track from his 2004 release, "Cornerstones 3".

And maybe that is what a bowl of gyudon is all about. It's a Japanese form of soul food.
Posted by J-Canuck at 11:26 PM